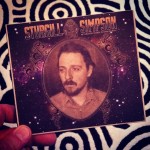 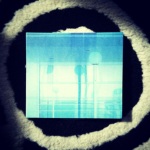 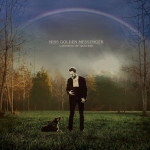 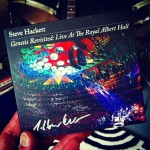 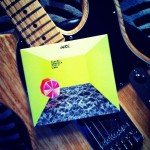 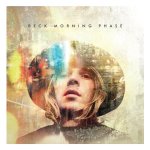 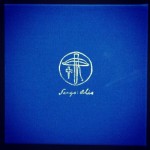 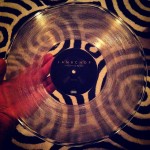 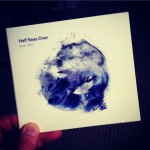 More on Should and the album: http://www.words-on-music.com/WM38.html

I was around for the punk and post-punk eras (Wire’s Pink Flag and Chairs Missing being pretty prominent in my studio days along with early Talking Heads albums and many other bands and genres).  I have to admit that I missed a great deal of the original Shoegaze bands largely due to austerity and having a young family, so other pleasant distractions reigned from the late 1980s into the late 1990s (although bands like Cocteau Twins, The Sundays and Scritti Politti found their way to my vintage stereo).  I missed the early days of the band Should, but I remember their second album Feed Like Fishes from the edges, and their 2011 album Like A Fire Without Sound is a recent favorite (by then I was well out of my musical seclusion).

Relationships are often complex entanglements, whether one is embarrassed to admit being in one, longing to be in one (longing to be OUT of one, perhaps?), or preferring to be just plain left alone (whether misanthropic or morbidly shy).  The songs on The Great Pretend have pleasantly simple and catchy foundations of melody, chords with lyrics of young and even mature longing or angst.  The songs build gradually and the instruments and voices weave into dulcet yet deceptively intricate compositions.  The album never sounds heavy, and if anything it’s ironically upbeat at the moments when lyrically it’s just the opposite (at times avoiding directness, shrouding emotions, much like the album’s stylized cover).  A side note: The Great Pretend is also the title of the last track on Like A Fire Without Sound.

Don’t Send Me Your Regrets opens the album and is a sort of foreword, largely a verse without a chorus.  To me, it’s more of a song fragment that sets a mood, much like some of F. M. Cornog’s East River Pipe songs like Wholesale Lies from The Gasoline Age.  The one cover on the album (and it’s a great one) is Loveless Devotion by Over The Atlantic’s Nik Brinkman and Bevan Smith (from their album Dimensions) and it’s a softer interpretation with staggered harmonies from Marc Ostermeier and Tanya Maus accompanied by crisp guitar and bass.  The rougher edges of the original version appear towards the end of the song.

What’s a bit different on this album compared to Should’s last is that rhythms seem more energetic (dare I say danceable?) as in Mistakes Are Mine, Everybody Knows (with drum machine and statement-response lyrics) and Dalliance, yet there are moments (like In Monotone) that are more contemplative with gentle keyboards, light electric guitar and drums; it’s a Shoegaze One Note Samba.

Down A Notch is an excellent first single for the album, another example of an upbeat song with paradoxical lyrics.  A Lonely Place is a duet reminiscent of some of Brian Wilson’s songs from the romantic yet melancholic Pet Sounds era, it reminds me of Caroline No.  Amends explores a darker mood and sound.  Gold Stars is like a gentle sonic waterfall, similar to Turned Tables from Like A Fire Without Sound.

The album closes with the curiously upbeat yet shy introspection of Don’t Get To Know Me, and there it is again, the complexities of relationships and emotions—songs that often express feelings better when one is at a loss for words.