We were fortunate to be in the audience for both the afternoon soundcheck and evening’s concert on Friday night March 28, 2014 in Collingswood, New Jersey.  We had seats at the head of the mezzanine and also had a chance to see sound engineer Ben Fenner and lighting engineer “Tigger” perform their magic–they’re on their toes the entire evening!  I have a photo of the set list, but I won’t give it away entirely, but rest assured that there are minor changes each evening according to those who attended the Thursday show.  The added songs last night included: Squonk, Carpet Crawlers, Lilywhite Lilith, The Knife (from the Ant Phillips days!) and many other favorites from the early to mid 1970s.  The Scottish Rite Auditorium is part of Masonic arts complex and in the interior of the building has an eery Moorish feel to it, so the music was appropriate, if not haunting at times.

If you haven’t gotten your tickets yet for this “Genesis Extended” Tour, do so before the ship sails (as in The Cruise To The Edge) and then the band is off for a European tour.  More information here: http://www.hackettsongs.com/tour.html 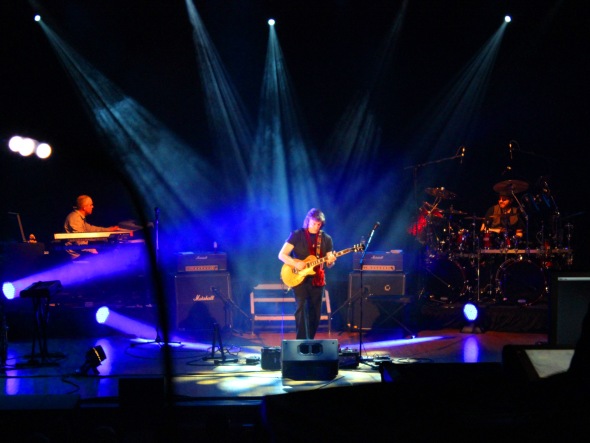 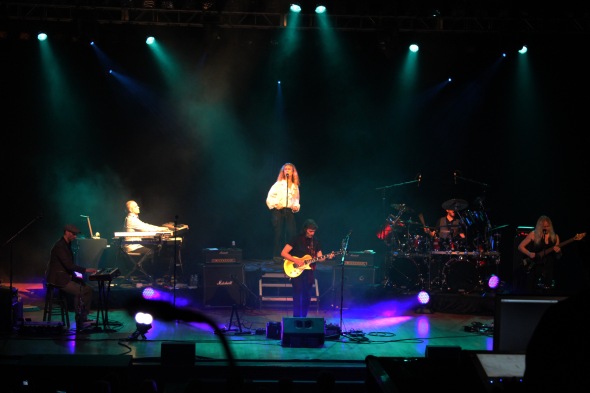 Last night’s encore opened with Watcher of the Skies, always a favorite of mine!

All Photos are copyright 2014 by wajobu, please do not use without permission and credit–thank you.