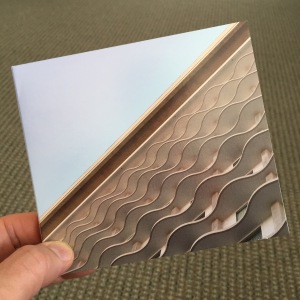 I read something recently by a musician whose work I admire about disconnecting from modern life, even for a short while, and in the time away a sense of one’s true self may return, even briefly.  During that time, relationships with others might even improve.  The mystic writer of the Victorian era, Richard Jefferies also wrote of this in some of his essays in the latter part of the 19th century.  The pace of what I call life’s ‘carousel’ is sometimes so dizzying, and at those moments, no matter what beckons it’s often time to get away and seek a refuge.  Personally, my quickest solution is to go for a walk in the woods, or even local streets away from the din in the mind or work at the desk.

M. Ostermeier’s new CD Still offers a cleansing respite with both passive and active listening. It took a few tries (first while doing other things and then sitting and focusing on the music) to condition myself, but by the time of the third audition, I was tuned-in.  Most of the pieces have a piano-dominant center, the primary melody or phrases, and there are sonic backdrops delicately stitched in which complement a given theme.  The melodic arrangement is often more akin to Far Eastern rather than Western musical structure, but it isn’t always the case.  There is no ominous darkness here, only soft and gentle light.  In fact, Stasis opens the album as if the Sun is rising and shadows can be observed to course slowly across the camera obscura of the imagination.

From what I recall of M. Ostermeier’s splendid last album, The Rules of Another Small World, this work seems more focused on acoustic instrumentation with electronics and sampled sounds taking a more secondary role.  The album is largely a preservation of the quietude, but there are moments as in Counterpoise, the only marginally forceful piece on the album, where after attention is grabbed it turns into an almost gentle pattering massage, which is eased with a slightly distant piano and other microtones.  The fabric of Congruence is gently percussive, reminiscent of dampened marimbas.  The CD closes at its most broadly sonorous and harmonic in Parity, with only a hint of foreboding, yet thankfully, no sudden dose of reality.

As is often the case with meditation or self-hypnosis, one loses a sense of time, after entering into a state of deep relaxation.  What the clock tells us is a half an hour feels as if it’s only moments, not easily parted from, but wanting to return–like a dream one doesn’t want to end.  It’s often difficult to find time to escape to a quiet forest, lake or one’s favorite place for truly as long as is needed, so in lieu of that disappear into some contemplation and take time to think, reflect and be Still.

Yes, I’m guilty.  I haven’t written many reviews of late–no other excuse except that there are many other things going on (not to mention a really rough winter), but here’s some of what I’ve been listening to, and I will also soon be writing a review of a forthcoming album on the Eilean label by Twigs & Yarn (some may recall that their The Language of Flowers on the Flau label was my favorite album of 2012).  I recommend any of these albums.

A Winged Victory for the Sullen – ATOMOS: Kranky 190: I want to really like this album, but I struggle with some sections.  I instantly loved their eponymous first release, but I continue to listen.

Steven Wilson – Hand. Cannot. Erase.: KScope 315: Follow-up to The Raven That Refused To Sing, and I frankly need more time with this album to formulate an opinion.  The recording lacks the clarity and strength of the last (engineered by Alan Parsons), but I’m working through it.

M. Ostermeier – Still: Tench TCH07: Just started listening; minimal, soothing, and it is both in the background and can be for focused listening–a combination of melodic sounds and microtones.  Helpful for calm…need more of that!

I’ll likely have more to say on these soon, but for now, rest assured that my recommendation will not disappoint.

I’m hoping for Spring, and SOON!