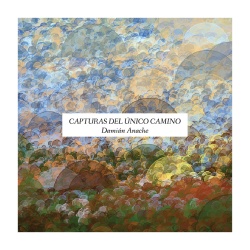 Think of the hour just before sunrise, in Spring especially, the Sun hasn’t yet peeked above the horizon.  The songs of birds and sounds of other animals slowly rise with the Sun.  Eventually there is a wondrous sonic aura filling the morning, until the Sun is firmly in the sky and the impromptu performance gradually fades.   A similar effect occurs at sunset as the gentle evening-song of birds and other fauna greet the night.  The sound landscape can, at certain locations, grow to be almost deafening, yet there still remains a feeling of ease and relaxation.  Other sounds might enter: wind, rain, trees moving, a distant coyote howling to its pack or even the sounds of a city or shipyard.  Taken as a whole, the soundscape has no apparent patterns or melodies, and it spontaneously exists without apparent forethought or design.  Isolate individual elements with the ear and some patterns may be detectable, whether from a songbird or the rubbing of an insect’s wings.

Although Argentine composer Damián Anache’s method of creation for his debut album Capturas del Único Camino is different in its technical execution, the resulting experience is similar to how sound is generated in our environment.  Anache’s works have been performed at events at the Conservatorio Santa Cecilia (Rome), National University of Cordoba (Argentina), Museum of Modern Art in Ecuador (Quito) and the Cultural Center of Spain in Buenos Aires, among others, in addition to his guest musician appearances at several performances of live experimental music, and as a producer of local rock bands in Argentina.  This album is also an outgrowth of the research project Spatial Sound Synthesis in Electroacoustic Music, directed by Oscar Pablo Di Liscia at the National University of Quilmes.

In Capturas, Anache prepared a collection of recordings using acoustic instruments (piano, guitar, glockenspiel, percussion, etc.), voices (the composer’s voice, including falsetto), electronics and field recordings of water (distant and near-field).  He then generated a series of four interconnected soundscapes using a software-based technique to randomly select and place the recorded sounds into an interlocked linear progression (I’m not familiar with the software, so I’m taking this at face-value).  While the recordings are largely abstract, non-representational of place and without identifiable melodic or harmonic structure, they can be quite spatial in their interaction with each of the other recorded elements.  There are also transitions between the four parts where fragments of the subsequent movement appear towards the end of the previous movement coupled with a mild crescendo to generate a disguising sleight-of-hand between the sections. 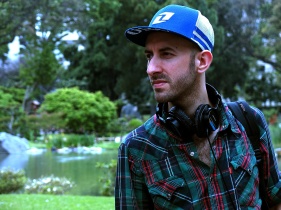 In Paisaje Primero, strings are plucked, hammered and bowed lightly, percussion is struck gently and the sounds are untreated and naturally resonant.  This is the softest and most spacious of the four movements, more furtive than calming, and is without a detectable melody or pattern.  Voices appear in Paisaje Primero within about two minutes of the transition to Paisaje Propio.  There are also gentle whispers and hushed vocalizations combined with placid trills and hisses.  At times, the voices have a character of bowed strings, and I could be wrong, but I also detect some sounds of what could be a cello.

Near the close of Paisaje Propio synthetic sounds are combined with the voices and the character of Paisaje Artificial shifts quite dramatically from the acoustic environment of the first two movements.  Paisaje Artificial is more industrial with a static-electric atmosphere, where sounds could be generated by the interaction of conflicting frequencies of radio interference or magnetic waves as one moves through space.  Some sounds are pure sine-wave, and the higher frequencies are crystalline and sometimes piercing; so the listeners’ ears should be somewhat prepared, especially if headphones are in use.  On the cusp of passing from the Paisaje Artificial realm, the electronics seem to be mildly treated for the appearance of water in Paisaje Natural.  Water is presented near and far, as drips, a stream, bubbles, waves and perhaps rain falling from a roof to the ground.  There are short cycles in this piece that last about three or so minutes, like passing rain showers, so there is not only gentle motion in the individual recordings, but also in the overall movement.  Near the mid-point of Paisaje Natural the sounds of birds appear in the distance, and the treatment of the recording shifts from one existing within the recordings to one of observing from a vantage point of some kind of shelter (this may be unintentional, and purely my own interpretation).

Capturas del Único Camino is well-suited to both a pure listening experience or as part of an audio-visual installation.  Despite its apparent minimalist structure and execution, Damián Anache has created a curiously soothing yet complex realm in his debut recording.   Rise early in the morn or linger at dimmity, and let the music be revealed.