What a treat to see Allan Holdsworth, Gary Husband and Jimmy Haslip last night at the Iron Horse Music Hall (I used to know it as the Iron Horse Cafe) in Northampton, MA.  The lighting could’ve been better (so the photos aren’t great), but the food was pretty darned good (as was the company and others in the crowd).  This was the first gig of the trio and there were some kinks with equipment (and some timing), but all three were in fine form and probably the most energetic I’ve ever seen Allan Holdsworth on stage during his solos especially.  The trio worked well together and all took solos throughout the nearly 90 minute set.  Jimmy Haslip scatted along with a couple of his solos and Gary Husband was explosive at times–really a treat to watch him play again (it’s been a long time!).  Great humor and chemistry between the band and the crowd.  The opening trio (Beledo and Friends) was a nice complement to the music of the night and members are from Uruguay, Ireland…and BROOKLYN!!).  Gary Husband spent a great deal of time hiding behind the ride cymbal from where we were sitting, but he was pretty much a blur all night anyway!

I recognized most of the set from albums like  The Sixteen Men of Tain, IOU, Sand, All Night Wrong and it’s always a treat to hear Zone, Water on the Brain, Lanyard Loop, Fred and one of my (more ambient) favorites Above & Below.  In the middle of the set there was a piece that I didn’t recognize and it was rather free form with three equal solos.

Thanks for a great night, and by all means–get tickets to see this trio! 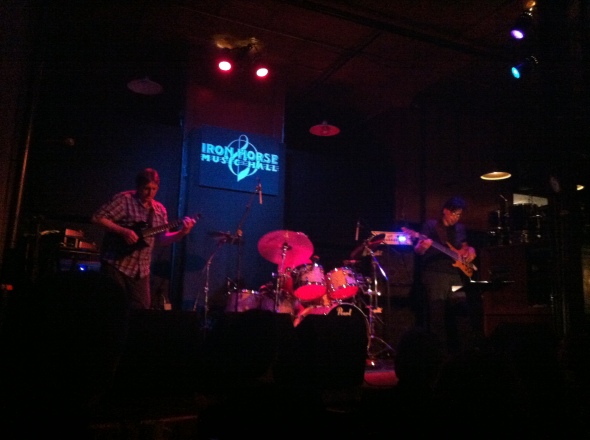 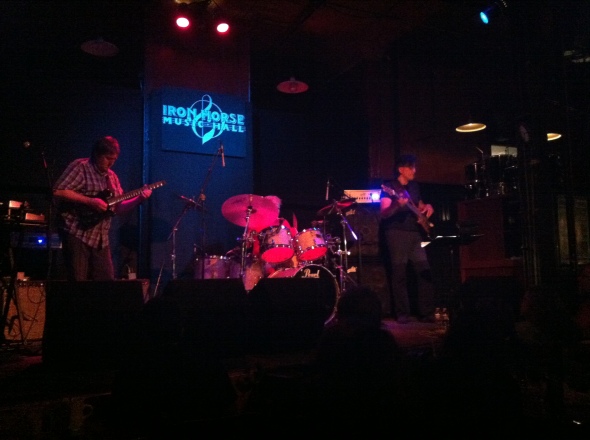 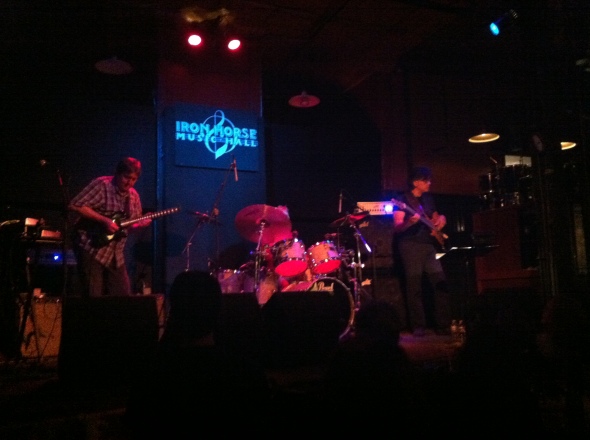 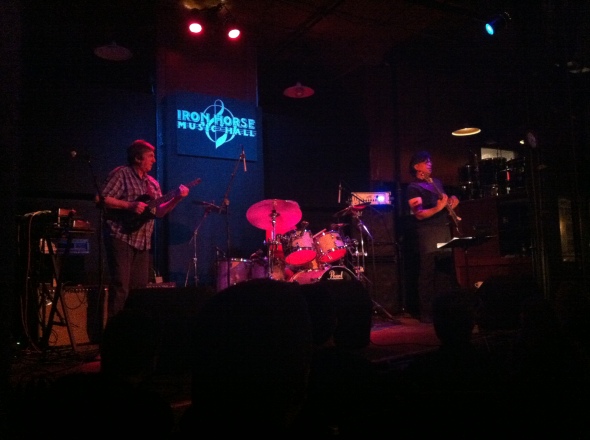 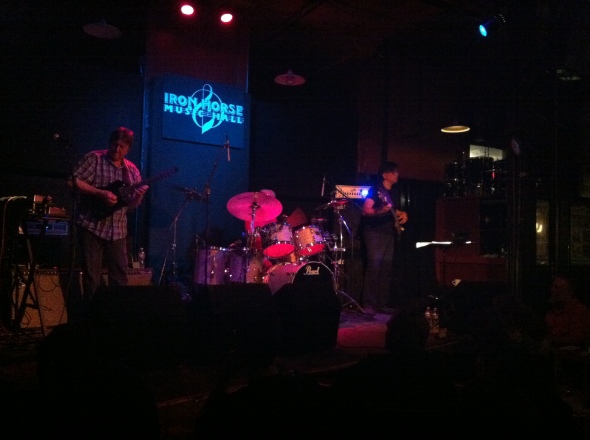 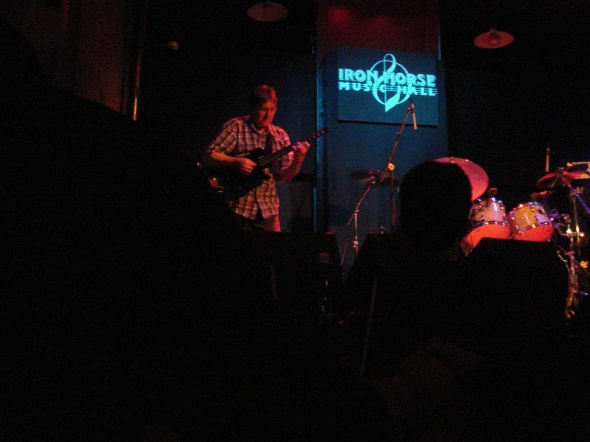 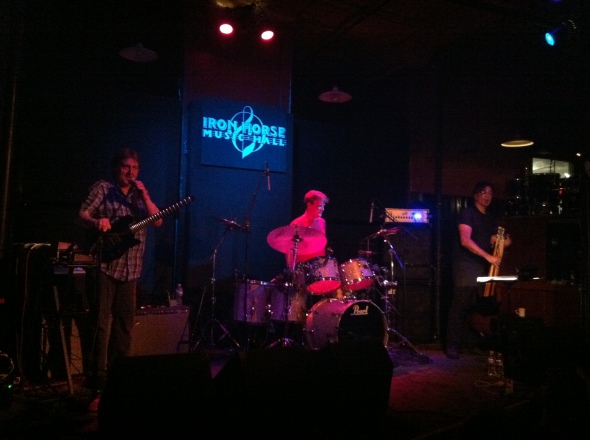 Many scientists have labs and equipment, and there are parallels between science and the creation of music.  Discovery and creativity take hard work, inspiration and many tools—some of the work is also drudgery and can take a long time to complete.  Some experiments succeed and some don’t, but research presses on.

Nick Zammuto’s lab is in Vermont and while Zammuto’s current work is more accessible and song-oriented than work of his previous collaboration with Paul de Jong (The Books), Nick and his bandmates are still looking for music and inspiration in unexpected places (sometimes in quirky infomercial videos, physical inventions, admonitions from a parent and odd audio samples).  Sounds are discovered, altered, created and spun into a fabric of song, and more often than not the results are downright fun.

It took about a year from the very successful IndieGoGo campaign to the release of Anchor, but along the way Nick Zammuto kept backers well informed on progress and entrusted early previews of the final tracks, along with the background for inspiration and in-depth technical information on how many of the sounds were developed.  The resulting album varies from calming drones to chest pounding beats along with idiosyncratic melodic turns and spirited lyrics.  Many of the tracks are based around odd rhythms, some created with scratches deliberately made on LPs at planned intervals.

Although I’m not always an advocate of loud music, I think this album better with the volume knob UP—it’s often an absolute romp.  Most of the music is also well suited to their live shows, where Nick Zammuto and his bandmates know how to have a good time, often with accompanying videos.  I can attest it’s also a great album for driving (at safe lower volumes!).  In general, I find this album to be more reserved (almost cautious, at times) compared than their first.

After Good Graces eases-in, the more dynamic tracks like Great Equator, Hegemony, Need Some Sun, Electricant and the aggressively percussive IO give the album its verve.  Anchor also has its quieter and more drone oriented moments, and can be quite introspective at times, as in Henry Lee, Stop Counting, Your Time and the acoustic percussion and guitar swells of Sinker.  The bonus track Codebreaker is a syncopated keyboard, guitar arpeggio and electronic percussion pattern study.

I think my only criticism of Anchor is that Zammuto might consider exploring some longer form works.  Peculiar and energetic always work for me.

Photos are courtesy of Zammuto’s website, but I participated in the campaign and got myself a deluxe LP. 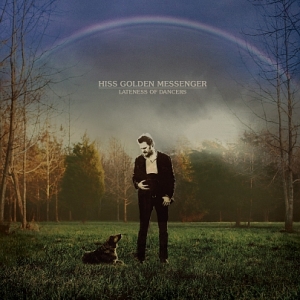 I got to know Hiss Golden Messenger’s (M. C. Taylor) music after perusing the online catalog of Tompkins Square, where I had purchased William Tyler’s solo album Behold The Spirit (prior to his Merge Records release Impossible Truth).  I ordered the HGM album Poor Moon, and that was all it took for me to go off hunting for more, which led me to his 2013 album Haw (on Paradise of Bachelors) and ultimately to his first complete album Bad Debt, recorded in his kitchen shortly after the birth of his son in 2009.  There are overtones of concern in that album, since it was created as the global economic crisis was hitting financial markets and was having tangible effects on people.  It took Bad Debt a long time to see the light of day due to a warehouse fire during the London riots a few years back—most of the original CDs were lost.  Amanda Petrusich has a brief essay about Taylor at the Merge Records link above, and it will give further insight on the roots of his music and her impressions.

Lateness of Dancers is quieter and a bit slower in pace compared to Haw and the recording is more intimate, even introspective with some of the qualities of Bad Debt.  It includes some musicians from the previous albums along with primary collaborator Scott Hirsch (most often on electric and bass guitars) and William Tyler.  Taylor’s songs appear to be largely personal self-reflections, laments on vulnerability, restrained joy, explorations of faith and optimism.  This album sounds to me like it’s rooted in the early to mid-1970s in sound.

Taylor’s voice is at times like a melodic version of Bob Dylan as on Lucia, which has a gentle sway to it (as do other songs on the album).  I immediately felt like I was back in the early 1970s during Saturday’s Song (a time when I listened to albums for hours on end).  Saturday has a Jackson Browne Doctor My Eyes vibe to it and is instantly familiar and comfortable.  The spirit of Mick Fleetwood was present for the back beat of Mahogany Dread along with an early incarnation of Fleetwood Mac (for those of us old enough to remember!).  No doubt, Taylor’s son’s voice opens Day O Day (A Love So Free) with his self-assured proclamation (present in younger children) of the song’s title.  It’s quiet and contemplative and the subtitle gradually becomes an incantation of joy.  Lateness of Dancers is one of the more serious sounding tracks on the album, the other being Chapter & Verse (Ione’s Song), which is revealing and very contemplative.  I’m a Raven (Shake Children) growls with a heavy beat and is a contrast to the slow-dance quality of Black Dog Wind (Rose of Roses).  Southern Grammar channels a gentler (yet still funky) version of Lowell George and Little Feat of the Dixie Chicken era (oh, how I miss Lowell George).

The album ends with a lightly orchestrated version of Drum (that first appeared on Bad Debt) and it has the spirit of a recessional, and it sounds hopeful “I’ll rise in the morning, take the good news and carry it away…”  Lateness of Dancers is good news indeed, and it seems like Hiss Golden Messenger has landed at a good spot with Merge, where his work will hopefully get to a wider audience, and they will let M. C. Taylor continue unencumbered to do what he does best: write thoughtful and beautifully crafted songs.