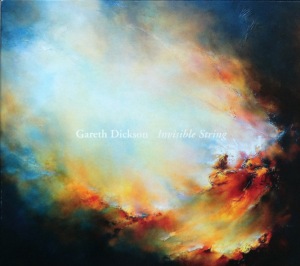 Also available on vinyl from Unwork Inc. or cassette from Beacon Sound

* – Not previously available as a studio recording

These are live recordings from a 2012 tour in support of Dickson’s album Quite A Way Away (and includes songs from his Collected Recordings CD, resissued by 12k) with concerts in Reims, Istanbul, including an apartment lobby in Caen, France.  I reviewed Quite A Way Away in early 2012.

From the moment this album begins, it’s magic.

The deeply resonant chords, the natural reverberation, the open tunings and Gareth Dickson’s hushed voice all combine to create a captivating and magnetic sonorous atmosphere.  Whether it’s gentle incantations, trance inducing vocal meditations or arpeggios this album is exquisitely gentle, yet curiously riveting and at times hypnotic.

There isn’t much more that I can say except buy it, and see if you can find the source of the album’s title. 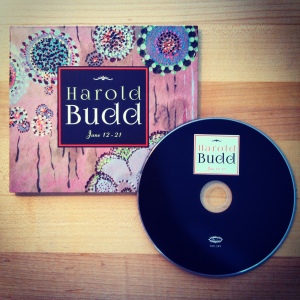 CD available at this link to Darla (To be released on September 9, 2014)

I took some time off from writing reviews; primarily to just take some time off, but also I have been awaiting preorders for a number of releases as well as getting more serious about making some music instead of just listening.  It’s a hard road training old fingers to do new things, but it’s about the journey for me, not just the destination.

What a treat it is to return to a new album by Harold Budd (and I understand that another collaboration with Robin Guthrie has been recorded and will be released in early 2015, the title will be Another Flower).  Jane 12-21 is another fine example of Harold Budd sitting at a piano (or other instrument) and just playing without rehearsal or embellishment, one take without revisiting and then moving on.  There are some apparent treatments and minimal overdubs.  It’s difficult for me to tell if the percussion is actual or keyboard-based sampling, but it does sound like actual percussion most of the time.

This album is simpler and less adventurous compared to Jane 1-11, and that’s not a criticism at all, just an observation.  The cover design is also rather stark by comparison, with one panel by artist Jane Maru and minimal information about the tracks, recording and times, adding a bit to the somewhat mysterious nature of the album.  Jane 1-11 was created in response to videos created by artist Jane Maru (which were later released as a companion CD/DVD: Budd Maru Collaboration ) so without the benefit of input from Harold Budd (so far), I wonder if Jane 12-21 was created as a response to further videos by Maru (see video for Jane 8 below).

The album contrasts between recordings that are intimate and those which are spatially broad, more distant (whether the distance and reverberation were achieved with actual spaces or electronically, I don’t know).  To briefly describe each of the tracks on the album: Jane 12 is a stark and up-close, yet resonant piano with brief references to Debussy’s Clair de Lune.  Jane 13 also uses a piano with light melodic percussion.  After the first two tracks Budd moves to more experimental territory and Jane 14 consists of melodic percussion (bells, glasses) with reverb and has a very calming effect.  Distance, like a dream on the edge of consciousness is how Jane 15 sounds, with hushed piano and a spatial reverb.  Whether intentional or not, I do find some of the pieces referring back to other previous Jane 1-11 pieces.  Jane 16 does this for me—reminds me of Jane 8.  It’s placid keyboard chords with gentle piano accompaniment and minimal apparent treatments.  The piano is responding to the chord movement of the keyboard.

Air moving through pipes is how Jane 17 starts, it’s a strong sound with treated piano and minimal percussion, and a pronounced flow and movement.  Jane 18 bends and twists with a somewhat downcast sonorous keyboard.  The melodic references to the first Jane series return with Jane 19, again keyboard and resonant chimes.  It sounds a bit more reflective to me with shades of Budd’s earlier work.

Jane 20 has a breathy keyboard melody, somewhere between wind chimes and woodwinds along with a gamelan (at times sounding like vibraphone) and deep percussive overtones.  This track more than any other in the series evokes a scene from a film with a vast landscape of mystery.  Budd closes this collection with Jane 21, a modest and delicately resonant cross between piano and celeste and themes appearing in various other Jane tracks, making it part of the larger cohesive whole.

Harold Budd’s work takes me to a place where I like to be, and return there as often as I can.  I think you’ll want to add this album to your collection.