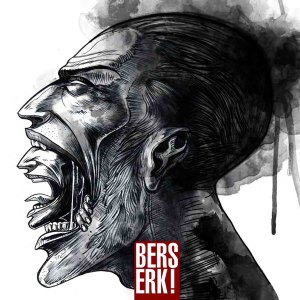 Lorenzo Esposito Fornasari aka LEF and Lorenzo Feliciati form the core of Berserk!, along with some other familiar names in the RareNoiseRecords stable, including Feliciati’s fellow Naked Truth bandmate Pat Mastelotto.

We all need a venting catharsis now and then—some folks resort to primal scream therapy, but generally I’ll pick music to assist with exorcising my darkened bilious tendencies.  The new self-titled album from Berserk! seems like an effective cure for those intractable days when the pile gets too deep and the unrelenting Myth of Sisyphus comes to mind.  Despite the band and album moniker, there is a broad mix of dynamics in the album and it’s marked by many (nearly neck-snapping) contrasts in sound and rhythm.

Berserk! isn’t a broad spectrum motoric assault on the senses, but it deftly selects its points of release, building like a suspense thriller with the rage boiling over every so often.  The album also teases and mocks (from the gently maniacal whistling in the opener Macabre Dance to the background telephone ringing in Fetal Claustrophobia…yes, I turned my head to see if my phone was ringing!).  There’s also a brief moment of saxy playfulness (albeit dark) in the reflective interlude Blow before entering the backstreets and dark alleys of Not Dead (shades of the growling Tom Waits and Sparklehorse duet Dog Door from the 2001 album It’s A Wonderful Life) with raspy voices and clusters of percussion pushing against an unyielding darkness.

Feliciati’s bass work throughout the album is reminiscent of Percy Jones’s work with Brand X, particularly the earlier freer-form improvised and less commercial version of “The X”.  The aggressive horns, meandering piano, fast-changing rhythms and moods (as in Fetal Claustrophobia) also remind me a great deal of one of my favorite King Crimson albums, Lizard (under-appreciated until Steven Wilson remastered it with Robert Fripp).  The treatment of Gianluca Petrella’s horns throughout much of the album often sounds like the thundering Mellotron horns used in Lizard.  The sharp inventive contrasts in instrumentation also remind me of Frank Zappa and early albums by Godley and Creme (as in the albums L and Freeze Frame).  Yet, there’s little humor in Berserk!—the focus is strictly business.

The middle portion of the album is furtive and contemplative in spirit (like the tracks Clairvoyance and First) and eventually LEF’s vocals (sung here, not spoken) break through, channeling John Wetton.  Note: Don’t forget to listen for R2D2.  There’s a brief pause (the calm before the storm?) with ethereal atmospherics and horn work in Dream Made Of Wind before the closing section of the album begins with a tender solo piano largo and transition to a massed rhythmic vocal and ultimately a full band assault in Wait Until Dark leading into an alto sax ensemble of Latent Prints (the feeling of KC’s Lizard returns) and moves into a roaring full-clustered rip.  The album closes with the ominously thunderous and raging vocal domination of Dream Made Of Water—there’s the Berserk!

Had a tough day in the trenches? Hold the rage at-bay (warn the neighbors, shut the doors and turn up the amp) and have a listen.  I think you’ll feel better. 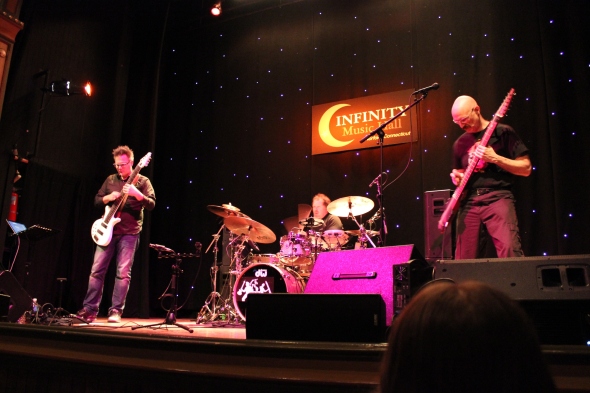 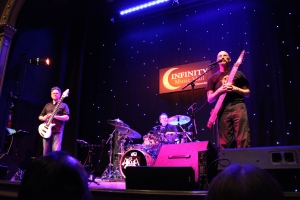 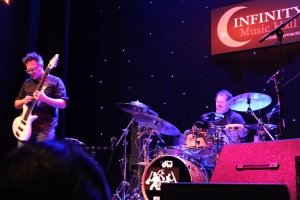 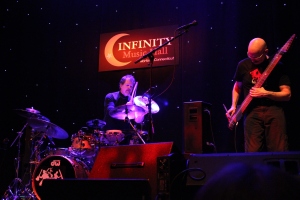 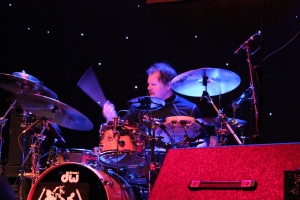 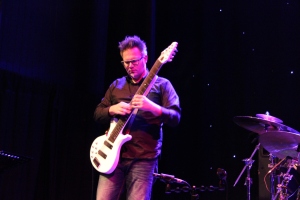 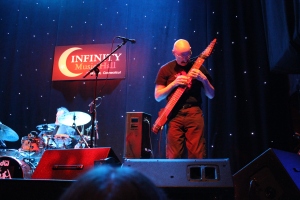 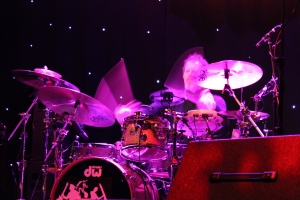 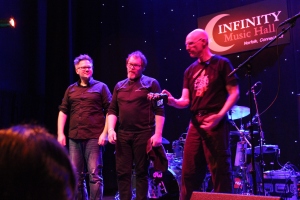 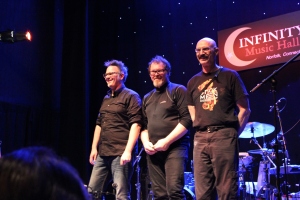 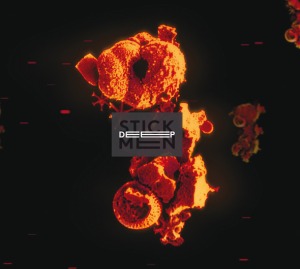 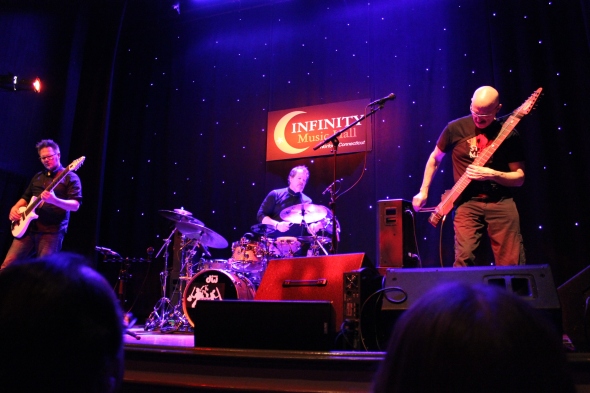 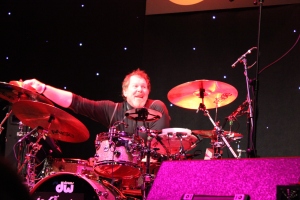 Catching The Groove with Martin Schulte 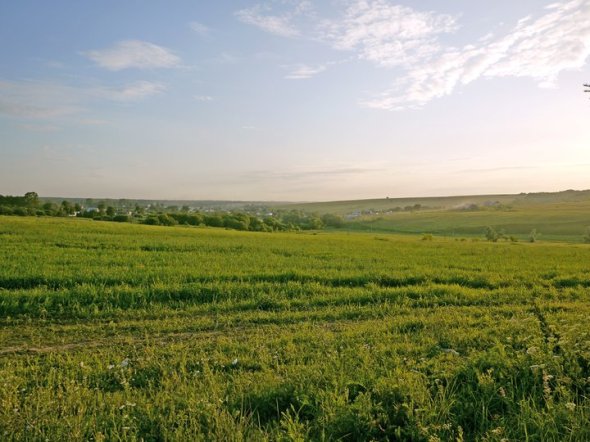 Musician and DJ Martin Schulte is the nom de plume of Marat Shibaev, who is from Kazan, Russia (about 500 miles east of Moscow, in the Republic of Tartarstan).  Whether working, relaxing or out for a night, there are times when a groove just needs to be caught, and Martin Schulte helps get me there.  Without getting too much in the sub-genres of his music (which could spark a debate like which speaker is the best, in audio circles), let’s just stick with words like Electronica, Techno with small doses of ambient field recordings. 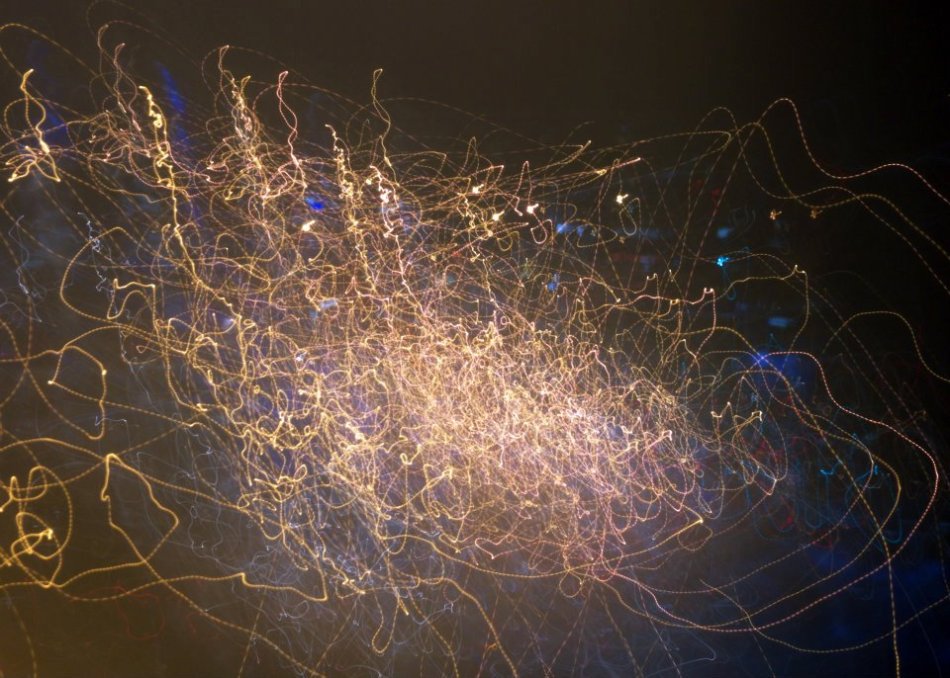 His music is solidly rooted in analog modular sequenced synthesizer works (latter day Kraftwerk, for example).  His latest album Slow Beauty is inspired by photography and memories, including images he has taken of the beautiful landscapes near his home (in sharp contrast to the stark winter vista depicted on some of his previous albums).  Some tracks have deep visceral* grooves, others are more delicate, sampled and atmospheric, but there’s always infectious motion involved.  I have favorites on all four of his albums that I’ve referenced—excellent soundtracks for all sorts of places and experiences. 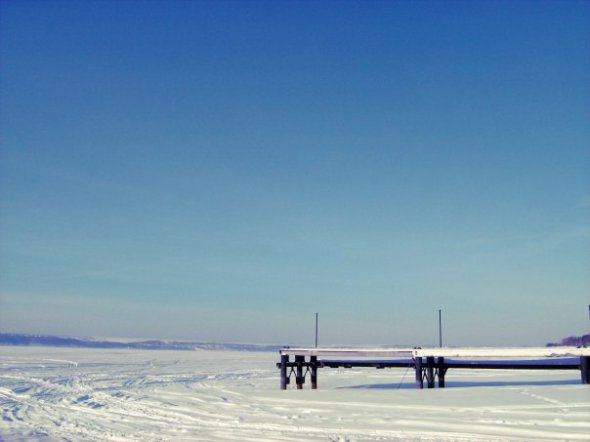 Since I’m rather old-fashioned, and prefer physical releases, to date I have four of Martin Schulte’s CDs, three released on Lantern/Nature Bliss and one on RareNoiseRecords.  All are available at Darla Records (US Distributor).  There are many other releases available, including some live recordings (see links at his Soundcloud page).  Samples of each of his albums are shown below.

* – Although not essential, a subwoofer is a beneficial accessory for the full effect.

Please Note: With the exception of the cover of the album Silent Stars, all images are by Marat Shibaev and are used with the permission of Marat Shibaev who retains all rights, credit and copyrights to these images.