I think I’m ready for Spring, but since that’s expecting too much at this point I’ll just stick to what’s spinning here lately…

Tompkins Square Records – Imaginational Anthem Volumes 1 to 5 (boxed with William Tyler’s Elvis Was A Capricorn, live performances) and Volume 6 (Tompkins Square TSQ 2790 and 2851):  I purchased this on intrigue after a few other TSQ label purchases and upon learning that Hallock Hill’s Tom Lecky had a piece on Volume 5.  It’s a wide-ranging collection of mostly acoustic guitar (American Primitive “fingerstyle”) works by some musicians well known (Max Ochs, John Fahey, James Blackshaw, Jack Rose, William Tyler, Daniel Bachman and Robbie Basho) and others more obscure.  The WT live CD is a bonus in the box, which is not sold separately—his wizardry is hypnotic.  Volume 6 has 14 historic recordings transferred from 78s.  It’s a really fascinating collection.

Robert Rich – Morphology (Anodize AD 1304):  After really enjoying Rich’s last CD Nest, I thought I’d try this 2010 live recording (released in 2013).  At some sections it’s more rhythmic than Nest, but this again takes me back to the Modular Moog days of Tangerine Dream’s double live album Encore.  Turn down the lights, turn up the volume and take a ride. 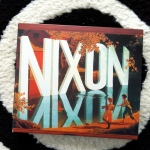 Lambchop – Nixon (MRG175):  This is a reissue of the 2000 release to help celebrate Merge Records’ 25th anniversary.  I opted for the CD, which includes a second CD White Session 1998 “How I Met Cat Power” recorded in 1998 (Lambchop “represented” by Kurt Wagner on vocals, tape loops and guitar recorded for Radio France).  Gone is the jewel box of the original and everything is contained in a double gate-fold sleeve with enhanced artwork.  This album was my introduction to Lambchop and the 5 track bonus CD (with 4 tracks from Nixon and The Saturday Option) is like having a private concert by Kurt in your living room. 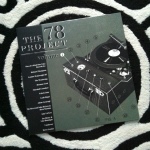 The 78 Project – Volume 1 (http://The78Project.com – 78P-001):  Somewhat like the Black Cab Sessions, this is the first of what looks like many forthcoming albums, most of the songs are traditional, recorded in one take on one blank lacquer disc on a 1930s vintage Presto direct-to-disc recorder working at 78 RPMs in full ruby-cut monaural with ambient noise and all.  Artists on this first volume include Richard Thompson, Loudon Wainwright III, Rosanne Cash and John Leventhal, Marshall Crenshaw and 9 others.  The LP is mastered for 33-1/3 RPM.  Old school and a fascinating concept.

Porya Hatami – Shallow (Tench TCH 06): Recorded in Sanandaj Iran, Hatami’s latest album is a gorgeous instrumental work with three extended pieces (Fen, After The Rain and White Forest) of field recordings, loops and minimal instrumentation that are hypnotic, peaceful and produce a strong sense of place, and an escape. 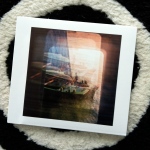 The Autumn Defense – Fifth (Yep Roc YEP-2354):  The core of the band is still Wilco’s Patrick Sansone and John Stirratt and this album for the most part picks up where their last album Once Around left off—well crafted songs with a relaxed but catchy vibe (some feel like they’re from the 60s and some could be from the 70s–make me think of Graham Gouldman’s work.)

Hiss Golden Messenger – Poor Moon and Bad Debt (Tompkins Square 2660 and Paradise of Bachelors PoB-11):  I got to HGM by poking around in TSQ’s back catalog and that led me to these two albums by the core of M. C. Taylor and Scott Hirsch (the latter being a reissue of Taylor penned and recorded songs which were a reaction to the 2008 financial crisis).  Stark at times, but I was immediately drawn into the genuine nature of the lyrics and roots-like instrumentation and arrangements.  Real solid albums and I’m looking forward to their 2013 album Haw when it arrives.

Steven R. Smith – Tableland (Emperor Jones EJ35CD website: http://www.worstward.com/):  Smith has a number of musical personas and in addition to music he is an instrument builder and print maker.  I’m most familiar with one of his aliases, Hala Strana (that work is more eastern European and traditionally-rooted).  Tableland is a (sadly, this 2001 CD is out of print, but download is available here: http://worstward.bandcamp.com/album/tableland) haunting and somewhat moody collection of largely electric guitar-based soundscapes that could easily be a soundtrack for a roadtrip to a long forgotten territory. 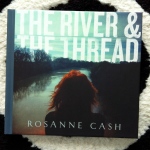 Rosanne Cash – The River & The Thread (Blue Note Records B00195t202):  Some musicians and artists with well-known predecessors often have periods of distancing themselves from those strong roots, breaking away to establish themselves.  Rosanne Cash (whose dad was Johnny Cash) and John Leventhal have produced a beautiful album of songs tracing RC’s memories and influences that have gradually resolved with time and understanding of the struggles of humble beginnings and the trials of fame.  The song Night School is stunning.  Get the CD version with the bonus tracks. 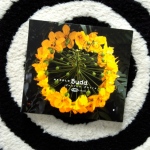 Harold Budd – Avalon Sutra (Darla DRL 285):  This is a completely remastered (by sound engineer Bradford Ellis, who has worked with Budd for 30 years) reissue of the Samadhisound double CD that was first released in 2004 (often referred to as Harold Budd’s last album before he retired from composing and recording—lucky for us it was a false alarm!).  This double CD has new artwork and photographs, and the recordings have greater depth and clarity. 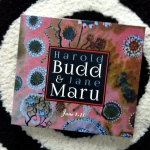 Harold Budd & Jane Maru – Jane 1-11 (Darla DRL 287):  This is a two disc CD and DVD video release.  The CD is the same as DRL281, and the second disc includes video companions (by artist Jane Maru) to each of the tracks on the album.  Some of the videos are a very light touch with minimal effects and others explore colors, depth of field, transformation and the passage of time.  I wrote last year about this very special Harold Budd album.  Jane Maru did the cover artwork for this and the original CD release—she also does some really wonderful batiks.

And let’s not forget a favorite of mine – Kraftwerk!