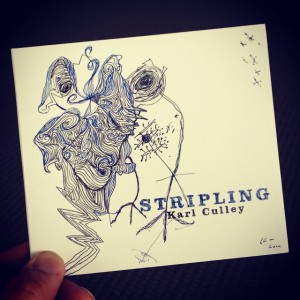 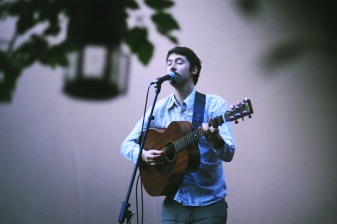 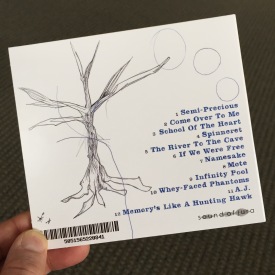 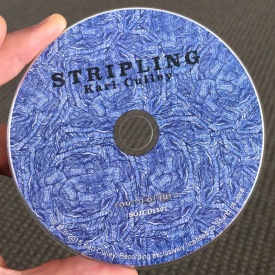 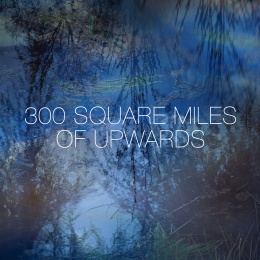 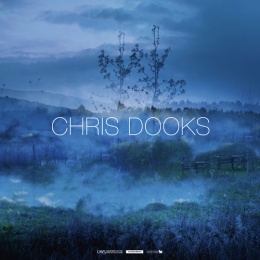 LP or Digital available via: http://chrisdooks.bandcamp.com/album/300-square-miles-of-upwards-2013-blue-vinyl-digital-album-hd-film

For those old enough to remember, Carl Sagan wrote a book and produced a television series in 1980 for PBS (USA) entitled Cosmos*.  In that series he probed our knowledge of the Universe and explained in remarkably accessible language what scientists and astronomers knew at that time, and theories on the yet undiscovered.  On one hand we humans are bound by the limits of our Earth and our observations, yet beyond there are seemingly boundless realms to be explored and understood.  As noted by Dooks (in the detailed liner notes that I highly recommend reading) on each of the deep space Voyager probes (that have now left our Solar System) there is mounted The Golden Record, a phonograph LP containing sound recordings of Earth and pictograms explaining our location in our Milky Way galaxy–a collective memory of our humanity. 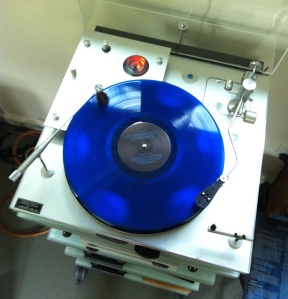 300 Square Miles Of Upwards (subtitled: Tales for a Dark Sky Park) is the second album of Chris Dooks’ Idioholism Trilogy, the first being The Eskdalemur Harmonium (the link will take you to my previous review and an explanation of the overall project).  As with the first album, the graphic design and presentation (by Rutger Zuyderfelt AKA Machinefabriek) are impeccable; this time the motif and LP vinyl are the primary color blue.  The liner and cover photos are by Dooks, relating to the same color.  Dooks also has a marvelous online archive of his photographs here: http://d7000000.tumblr.com/

300 SMOU is a calming meditation and memory archive relating to science, astronomy, conversations, and music, and relationships to earthly flora.  The album’s title refers to an area of the Galloway Forest Park in Scotland (near Dooks’ home) and is a Dark Sky Park for observing the night sky.

The album’s recordings (a film soundtrack, field recordings, interviews and readings) are deftly interlaced with Dooks’ minimalist compositions (on piano and other instrumentation).  The works occupy an experimental realm somewhere between ethnographic documentary akin to Alan Lomax or Hamish Henderson and experimental (looped and altered) music by Laurie Anderson (Big Science) and The Books (The Lemon Of Pink).  Dooks has imaginatively woven the music, sounds and reflections on the night sky into an almost hypnotic opus.  Within the intricate, clarity is revealed.

If digital download is your usual mode, consider purchasing the LP–a beautiful presentation overall.  I’m looking forward to the third part of the trilogy. 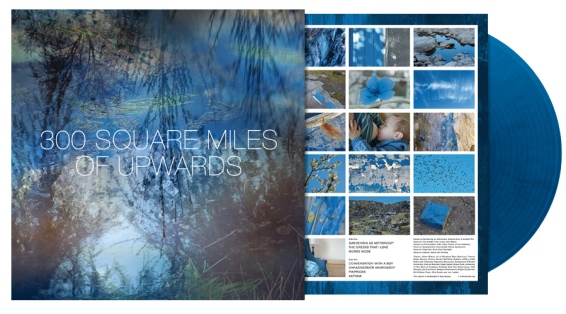 * – For interested readers, Cosmos is available via streaming at Netflix. 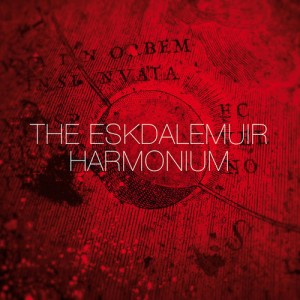 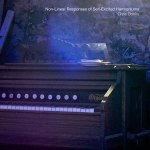 Authentic, synthetic, living, languishing, animate, inanimate, well, ailing, history and the now: these are the explorations of the latest collaboration of Chris Dooks and Rutger Zuydervelt (Machinefabriek).  Like many, I have always been drawn to the old and mysterious, wanting to know more about the history of things, the times in which they existed (and in this case, what hands and feet brought these venerable machines to life).  Harmoniums are vestiges of another time (mostly from the late 18th C through the middle 20th C), inanimate objects, strangely biomorphic in their inner workings that are revived with physical exertion, air in their bellows (the lungs) and resonant metal reeds producing the sounds (the vocal chords).  Neglected harmoniums often mournfully creak and object to being revived after long slumbers.  A friend of mine once used the term “lumbering harmonium” to describe his relic on an instrument—curiously descriptive in both reality and material (when the verb is used as a noun).

These soundtracks depict a retreat of solitude into the Scottish countryside, one of a series of three projected works and part of Chris Dooks’s PhD research in sound art and medical humanities, as well as response to a chronic illness; the search for comfort and rest through improvised sonic threads (passed between Dooks and Zuydervelt during their development) that were crafted from music, field and voice recordings.  The resulting drone-like ambiance is a fascinating and relaxing journey with sociological, archaeological and radio documentary parallels.  Thanks to the on-location recordings, there is a strong sense of place and memory imbued into this album. 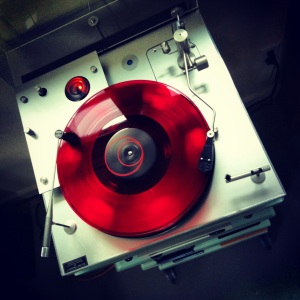 The recordings, liner sleeve and notes, photographs and graphics are impeccably produced as is the ruby red vinyl LP.  This is the second Komino Records LP that I have acquired (the first being Kyle Bobby Dunn’s In Miserum Stercus, which I reviewed in late 2012).  The digital EP presents additional serene field and harmonium recordings—a beautiful production overall.

The next album in the series will be Three Hundred Square Miles of Upwards.

The third album will be CIG{R}LES.