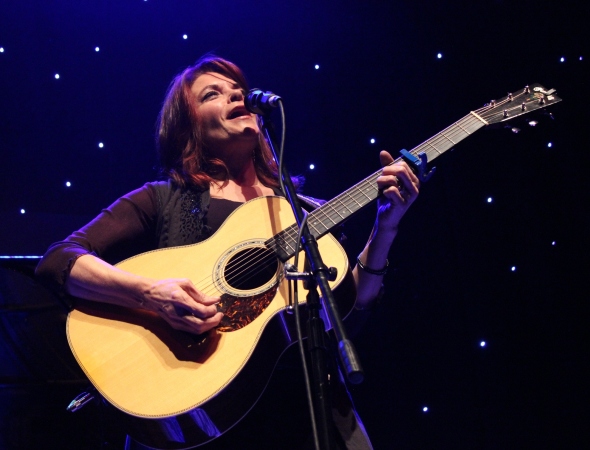 In the past few months I’ve heard and seen a number of interviews with Rosanne Cash and John Leventhal in support of Rosanne’s latest album The River & The Thread (produced and arranged by John).  In particular, check out her interview from the CBS Sunday Morning program—it’s a great piece about the roots of most of her music, but also the inspiration for the songs on River, and how blues legend Robert Johnson, the civil rights movement, Rosanne’s parents (Johnny Cash’s childhood home and her own first home) and a bridge all mixed together to form a thread that makes up her story. 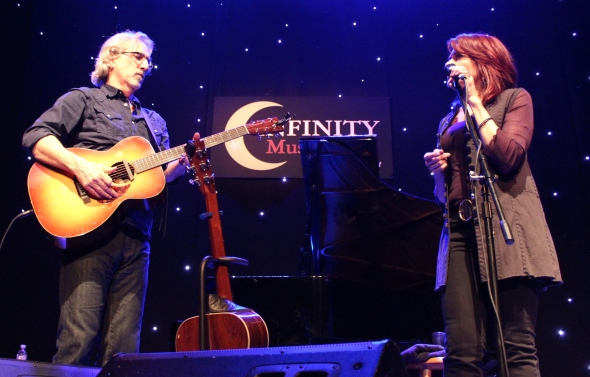 I can’t say that I have all of her back catalog of albums, but I have many of them.  Rosanne noted (with her dry wit) last night, “…this is a song from back when I had hits…” and in describing the journey that led to the latest album (paraphrasing) “…you spend a great deal of time wandering around in your 20s figuring out who you aren’t so you can figure out who you are when you’re…older…” 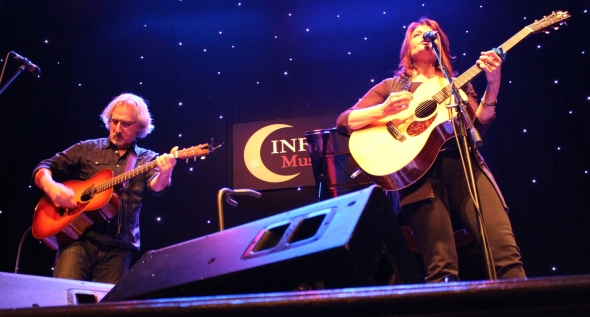 John Leventhal is an extraordinary musician and arranger, and the two of them have the same chemistry on stage as they do on River.  At one point Rosanne noted (after a guitar solo by John, with heavy country and blues roots…again paraphrasing), “…hard to believe that this guy is a native New Yorker…”  John treats his guitar like it’s a full band.  It was also really nice that John played soft lead-in vamps on many tunes as Rosanne recounted stories related to the development of the album. 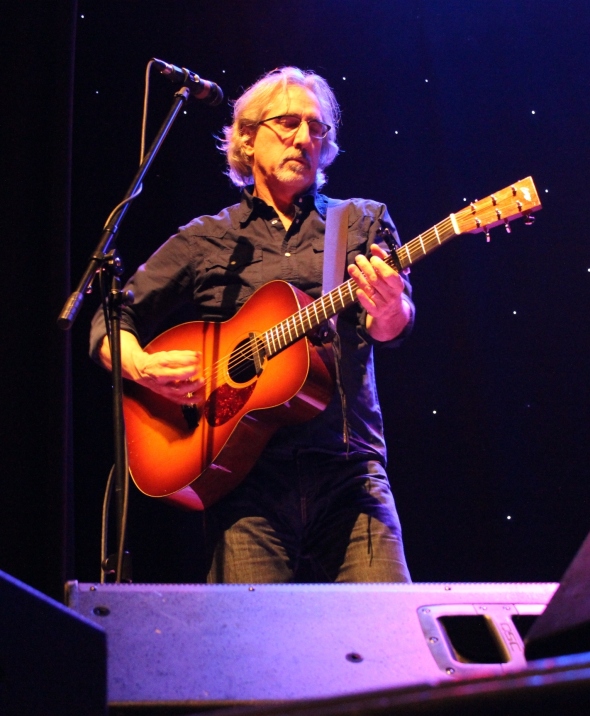 Most of last night’s show was taken from River, her previous albums The List, Black Cadillac, King’s Record Shop, and Seven Year Ache…I haven’t yet compiled the full set list (but see the photo below).  One of the highlights (in addition to TWO power failures during the show…it was sleeting outside) was a perfect (even with power interruption) cover of Bobbie Gentry’s Ode To Billy Joe, which has a strong connection to The River & The Thread (the Tallahatchie Bridge is on the cover of the album). 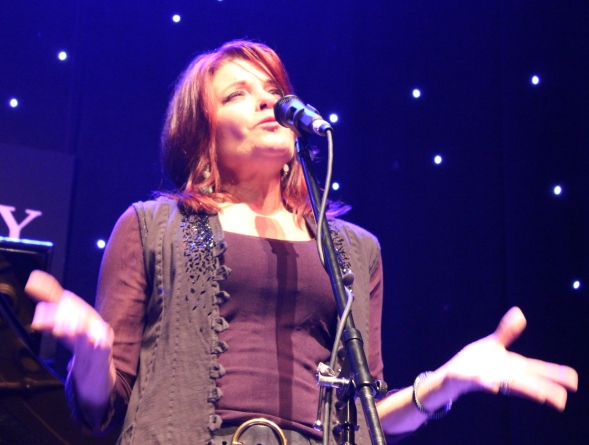 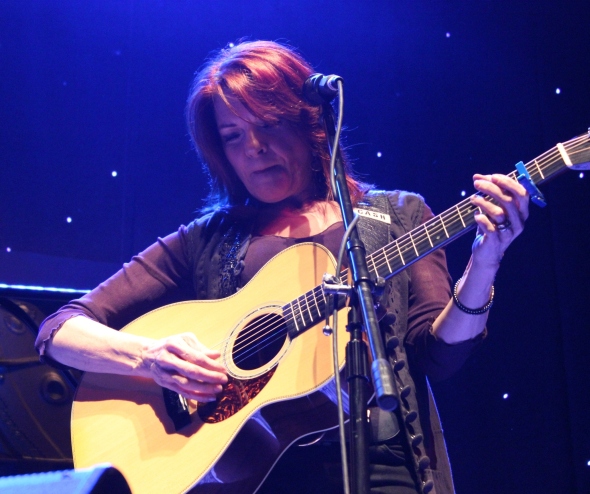 Their encore last night included taking some requests from the audience (including a verse from Runaway Train) along with a gorgeous version of 500 Miles from The List.  John’s one trip to the piano with an arrangement that had elements of gospel and the light touch of Count Basie—brilliant; even better, it’s a song that one of my cousins used to sing to us younger cousins in the 1960s.  It was a special moment, and a lovely evening of music.  Thanks to Rosanne and John, and all at the Infinity Hall (in snowy Norfolk, CT). 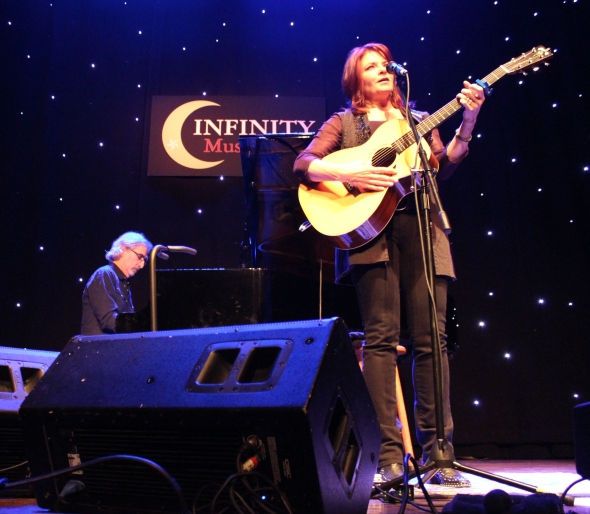 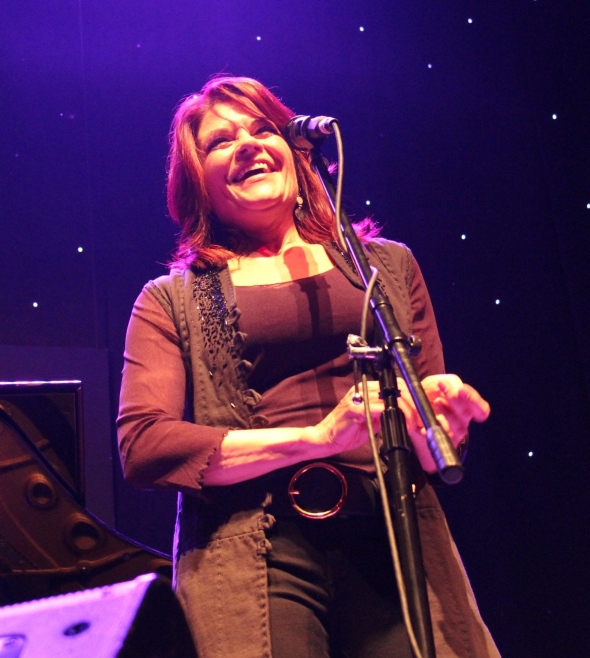 All images are by wajobu and copyright 2014.  Please contact me if you’d like higher resolution images and all I ask is that you credit me if you use an image. 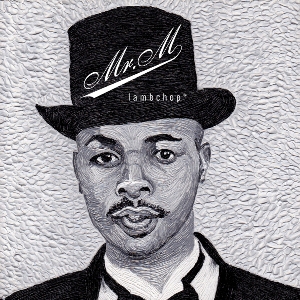 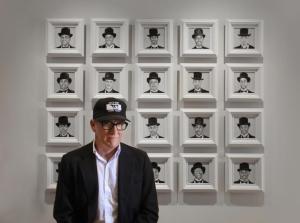