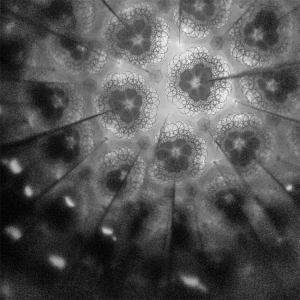 Without any prior guided experience to an astral realm of enlightenment, I feel a bit underqualified in commenting on certain aspects that may have influenced or inspired this album, but I feel perfectly at ease in speaking on the restorative nature of music, meditation and private contemplation.  The mind is often so pre-occupied with distractions that thoughts become fragmented, confused, and the ability to concentrate is diminished—so at times a realignment is in order.  Cory Allen’s new album, The Source provides a gentle yet intensive framework to cleanse the mind and re-focus awareness.  In tech-speak: defragmenting the hard drive.

The Source, I think, is both a reflection of Allen’s own achievement of radial balance and self-unity, as well as a sonic guide for others to experience.  With repeated auditions of the album, awareness of both the individual instrumentation and the gestalt of the overall effect of the work increases.  For those less familiar with Cory Allen’s oeuvre, and before listening, an important aspect to keep in mind, is to suspend conventional expectations of musical structure and melody, and allow oneself to be drawn into the experience of both listening and feeling the sounds in the recording.  Also, Allen’s work often uses a loosely rules-based construction including guided improvisation.

Divine Waves slow-dances on the edge of something resembling a liquid jazz with the initial two, three and four note phrases exchanging between cymbals and bass (plucked and later bowed).  A tanpura joins the ensemble and its whirr is sustained by merging with the bass, cymbals, and chiming of inter-mingled bells and bowls.  I hesitate to say that the cello is a later mournful addition to the group, yet it adds a wistful calm with an electric piano gently weaving throughout.  The instrumentation in the latter part of Divine blends into a soft vibrating drone and is as much about the sound heard, as well as the interaction of the vibrations being felt (to experience this, I recommend listening with well-placed speakers at a volume roughly equivalent to match the original live sound of the instruments versus using headphones).

Initially focusing on the interplay of two and four notes phrases on a balalaika, White Wings’ bowed cello and bass, drums and harmonium absorb and weave while stretching varying dissonances.  A first sonic alignment appears at a little more than two-and-a-half minutes, before meandering many times again with loose guidance (visually, like a flock of migrating swallows as they gather in the autumn, at sundown, seeking a resting place for the night).

The most intensive experience on the album is within Neon Mandalas; initially there is a chorus of deeply toned voices (which I think should have extended even longer), and once held in that realm, other elements are introduced with their fleeting movements (percussion, drums, bass and tanpura).  A choir of gently plucked Mbiras (like a gentle steady rain) and bells provides a sonic background for an emergent and focused organ that dissolves into a returning familiar plucked acoustic bass phrase—a sort of arrival.

Crown Canal seems to represent a departure, reflecting on the fullness of the experience.  The cello has a somewhat somber recurrent melody, reminiscent of a recessional or postlude, and has a tonality of resolution within a duo of a harmonium and tanpura.  The ensemble is gently punctuated with percussion and voices.  Despite being the longest piece on the album it has a curious absorptive quality, which compresses a sense of time, while achieving a state of steady entrancement.

The more I have listened to this album, it seems there is a general framework describing Allen’s own experience—the album appears to be a journey in four parts, describing what I interpret as: preparation, journey, arrival and return.  The recording and mastering achieves a profound clarity and realism that I have come to know in Cory Allen’s previous albums, The Great Order and Pearls that feel as if the listener is within the environment where the music is being created.

More on Cory Allen’s previous albums that I have reviewed can be found here. 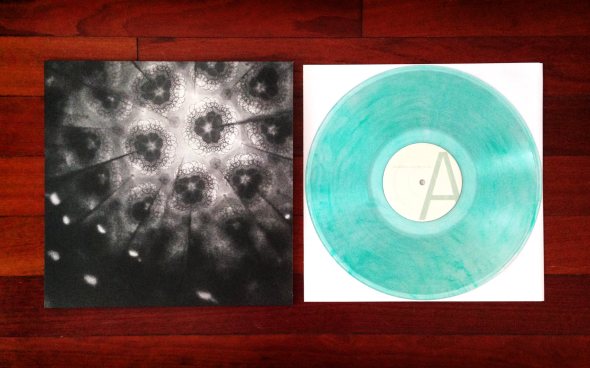 The vinyl version of The Source–beautiful color!

Something a bit different from our standard music review…what is known as “functional music.”

Whether by means of self-hypnosis, meditation (such as TM) or other approaches, there is a point where the body and mind can achieve a surprising state of awareness in the midst of a deep calm.  Along with others, Dr. Herbert Benson used the term The Relaxation Response to describe a multi-step process for achieving this state.  One method to assist with relaxation is by using various forms of music.  I can attest anecdotally to the healing and calming powers of certain forms of music.

The Drummassage album is an outgrowth of a project started by Steve Wilkes (a faculty member at the Berklee College of Music in Boston, Massachusetts).  Some may recall that Steve Wilkes and Ginny Fordham brought us their Hear Cape Cod project in 2013, a set of field recordings accompanied with remixes by many well-known ambient and experimental musicians as well as a companion album of songs inspired by Cape Cod (another in that series will be released later in 2015).

Drummassage started as an informal gathering and exploration of the possible healing and calming power of drums and drumming at Wilkes’s Berklee studio (an aside: Berklee offers various degrees and concentrations in music therapy).  As work advanced on the project and became better known, performances were held at venues around the Berklee community for larger groups with participants placed within drum circles along with the percussionists.  Native American drums made with indigenous woods of various types in Wilkes’s collection are used in these recordings.  Instrumentation is all-acoustic, and the performances include quiet repetitive and low frequency rhythms with occasional counterpoint from other ambient percussion.

This first recording is in stereo (two channel) with the ultimate goal to produce additional recordings using surround-sound 5.1 mixes to more accurately replicate the experience of participating in the actual performances and therapy sessions.  The stereo version is quite effective and Wilkes recommends using either a high quality audio system or headphones to obtain the best sonic results.

Since I have experience with inducing the relaxation response from having practiced self-hypnosis for many years (although not nearly as often as I should!), I can confirm that this stereo recording is quite effective.  Often, I found the greatest relaxation being achieved (surprisingly) during the more active rhythm sections.  Frequently, I lost a sense of time and either drifted to a deeper meditative state, off to sleep (which is permitted!) or found myself relating visual memories to the sounds during to the interludes (which have field recording excerpts).

The CD has a brief spoken-word introduction mixed with resonant wind chimes.  There are three sections (68BPM, Heartbeat I and Heartbeat II) of extended slow muted trance-inducing rhythmic drumming (these will be especially effective if the listener’s sound system also includes a sub-woofer).  Interlude is a brief rain shower with thunder, followed by Rolls, a series of building thundering washes (reminiscent of a passing storm).  Outdoor sounds (chirping evening insects) return just before Heartbeat I begins.

Heartbeat I builds slowly, first a simple three beats and rest, then a layer of triplets is added to create a pulsing that is later supplemented with what sounds like rain-sticks before diminishing to the straight beat.  The last interlude, Chimes Coda passes through with a gentle mix of environmental recordings.  The final session, Heartbeat II, reintroduces the foundational three beat and rest pattern, which transforms again into a series of three triplets and a diddle (percussion rudiment term, two struck notes in succession instead of three).  Periodically shaken percussion is added.  For those who haven’t intentionally tried to induce a relaxation response before, it’s quite an unexpectedly pleasurable and invigorating experience (and can be habit-forming too).  It can also improve one’s sense of awareness following a session. 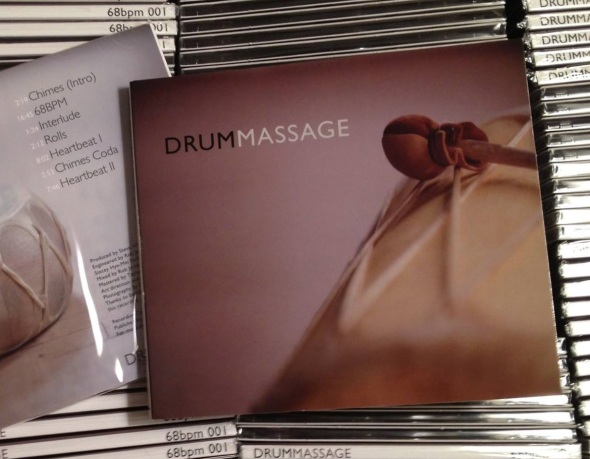