Lucky 13 – My Favorites This Year…

2013 has been a quirky year; for a time I found that inspiration had vanished and I wasn’t interested in listening to music or writing about it at all (a rare occurrence).  I’m guilty of having purchased less music this year (an economic curtailment of necessity).  Nonetheless, there has been some great music in 2013 (and my slice is a tiny piece of what’s out there).  This year I read some music-related memoirs by artists whose work I’ve admired for decades (Burt Bacharach, Neil Young, Michael Feinstein–of his time spent with Ira Gershwin and other books), some histories of Jazz Standards, Blues, Rock and Roll, and records labels (including one of my favorite indie labels, Merge Records).  I was also fortunate to attend a number of live shows, and I’ve posted photos of some of those throughout the year.

Is it me or have record labels and artists reduced their output somewhat?  Is it a lull in a normal cycle or a sign of the economic times?

Some of the music on this list will be familiar if you have checked-in to read my reviews and some I have not reviewed.  I also have some albums I’m still listening to and I haven’t decided if I’ll write reviews for them (an archival release by The Books, La Luz’s first LP, Mary Lattimore and others).  One album in particular that I’ve enjoyed recently (although it was NOT released this year) is a live archive solo recording of Neil Young at the Canterbury House in 1968 entitled Sugar Mountain—the album is mostly material that Young wrote or co-wrote with Buffalo-Springfield, and it was recorded right after Buffalo-Springfield broke-up.

The Lucky 13 (all albums purchased–not promos) 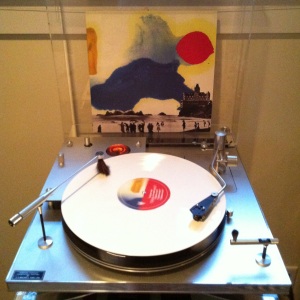 Yellowbirds – Songs From The Vanished Frontier – Royal Potato Family:  This is my favorite album of the year—just love it–the vibe, the sounds.  Please see my June review.

Harold Budd – Jane 1-11 – Darla:  The music with companion videos release won’t be available until early 2014, but another beautiful album from HB.  I reviewed this album in June, as well. 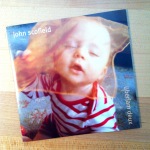 John Scofield – Überjam Deux – Emarcy:  I reviewed this album in August—an excellent follow-up to the original Überjam, and a great vibe with Jazz, Blues and more! 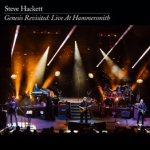 Steve Hackett – Genesis Revisited: Live At Hammersmith (CD/DVD) – InsideOut:  As I noted in my review of last year’s studio release of Genesis Revisited II, I feel like Steve Hackett is the keeper of the spirit of the work of Genesis during the 1971 to 1977 era.  So many of the earlier recordings (weak on the engineering and mix, except The Lamb) were greatly improved and enhanced, and this comprehensive 3 CD and 2 DVD set documents the fabulous and memorable Hammersmith show in May of 2013 before the band traveled to the US for their fall tour.  The SH Band will tour further in support of this in the southeastern US and Europe and Russia is 2014 (bassist Lee Pomeroy will be replaced by Nick Beggs, a familiar face to Hackett Band fans…I really enjoyed Lee on this tour, he really brought out just how musical Mike Rutherford’s bass lines are in these earlier Genesis classics). 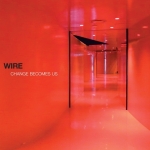 Wire – Change Becomes Us – Pink Flag:  I was a big fan of Wire in the late 1970s and then I just plain lost touch with their work.  The Words On Music label has a compilation of reinterpretations of their well-known single Outdoor Miner from their 1978 Chairs Missing album, and then I noticed a post earlier in the year by Marc Ostermeier (of the band Should ,and WOM and Tench labels) that a new album was forthcoming. 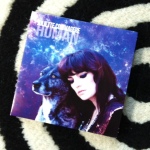 Juliette Commagere – Human – Aeronaut:  Late in 2010 Commagere released her album The Procession on Manimal Records—a diverse combination of songs with dense and gorgeous vocals instrumentation—part art-rock, progressive and electronica.  Commagere has returned with another beautifully recorded album of lush songs with her strong vocals and support from husband Joachim Cooder, Ben Messelbeck, Amir Yaghmai, Ry Cooder and recorded by Mark Rains and Martin Pradler.  The sound is deep, full, inventive and often fantastical—she is doing her own thing, and I love it (catchy melodies and all).  There are times when she channels Elizabeth Fraser as on Low.

Roger Eno – Ted Sheldrake – Backwater:  Thirty Years after his first work Apollo with brother Brian and guitarist Dan Lanois, Roger Eno compiled this tribute to friend and neighbor, Ted Sheldrake.  Although I reviewed this album in November of 2012, it wasn’t officially released until January of this year. 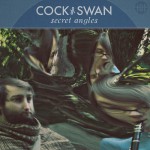 Cock & Swan – Secret Angles – HushHush:  I am eagerly awaiting my blue vinyl (Kickstarter-funded) copy of this digital release that I reviewed in August. 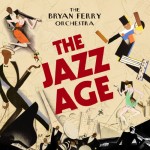 The Bryan Ferry Orchestra – The Jazz Age – BMG:  Back in March I did a brief comparative analysis of this album and Steven Wilson’s latest (see below).  I think this is a really spirited and fun reinterpretation of earlier works by Roxy Music and BF.  Being a lover of old acoustically recorded 78s of the pre-Jazz and Jazz ages, I get this. 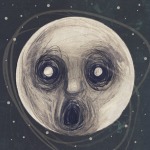 Steven Wilson – The Raven That Refused To Sing (and Other Stories) – kscope:  A strong album (I think it’s Steve’s best to date), beautifully recorded and engineered by Alan Parsons.  My favorite song is Drive Home. 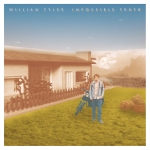 William Tyler – Impossible Truth – Merge:  A brilliant solo guitar album by Lambchop and Hands Off Cuba alum, and a great follow-up to his previous Tompkins Square release Behold The Spirit.  I reviewed this album in March.

Celer – Viewpoint – Murmur:  As I noted when I reviewed this album in April, I find this album absorbing and romantic—a great piece for getting lost. 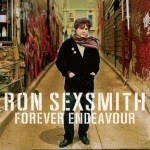 Ron Sexsmith – Forever Endeavour – Cooking Vinyl:  I love Ron’s work–started listening in 1997 with his third album Other Songs.  Forever Endeavour is sparsely arranged, but strings, horn, percussion, pedal steel or electric bass are right there when they’re needed.  Other than that, the songs are Ron’s voice, and his acoustic guitar.  He has a gift for wordplay and expressing emotions with a deft efficiency that flow so naturally with his melodies.  Some songs on Forever Endeavour are ironically upbeat, like Nowhere Is and Snake Road—in a sense, keeping the faith.  The CD has two bonus tracks (songs written with Don Black and recorded by Don Kerr), Life After A Broken Heart and Autumn Light, and they are just plain gorgeous additions to this album.  Here’s a live recording of Autumn Light.

Two of my favorite new discoveries in 2013 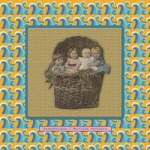 Meridian Brothers – Desesperanza – Soundway:  I heard about Meridian Brothers in an NPR Alt Latino podcast and was instantly hooked by this band from Bogata, Colombia–buying as much of their back catalog as I could find in physical releases.  Their music is surreal and playful—a combination of Joe Meek, Esquivel and Raymond Scott.

La Luz – Brainwash (7″) – Suicide Squeeze: This is a single (my version is on clear vinyl) that was released by La Luz just prior to their new album It’s Alive—It’s infectious and fun!  I got to La Luz thanks to Johnny Goss (one half of Cock & Swan). 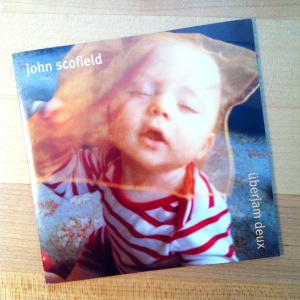 Between his solo and collaborative work, John Scofield has appeared on more than a hundred albums since the 1970s (including his early work with Miles Davis).  His first Überjam album was released in 2002.  As with the first album, Scofield moves all around and in between music genres, Jazz, Rock, Blues and Funk.  Many of the tracks on Überjam Deux start with a sound or rhythm sample and the quartet (switching between drummers Adam Deitch and Louis Cato) build a groove and just chill there or get their funk-on.  My two favorite tracks are Boogie Stupid (which reminds me of Roy Buchanan’s work) and one of the five tracks with John Medeski Curtis Knew, where Medeski brilliantly has his way with a Mellotron—just delicious.  In recent years I’ve greatly enjoyed Scofield’s collaborative work with Medeski, Martin & Wood.   Überjam Deux is a joyful album and I can’t help but think that John Scofield was sending positive vibes to his son Evan during the recording of this album earlier this year (Evan died far, far too young in July, from a rare form of cancer).  A bitter-sweet album, yet excellent for a road trip or listening at home.

More on the album in this video