Lest you all think that I only listen to Ambient and Progressive Rock music, I also listen to many other genres including Country music…wait, WAIT, don’t close the window–you won’t regret it!

Sturgill Simpson – Metamodern Sounds in Country Music (High Top Mountain):  This new album by SS is the real deal. Great country songs about real stuff with great music, and even better the first single released is Turtles All The Way Down (with a nod in the title to Stephen Hawking) and it’s deliciously psychedelic with reverb, phasing-shifting and Mellotron. Give it a listen: 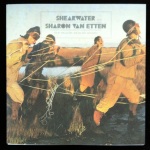 Shearwater and Sharon Van Etten – Stop Draggin’ My Heart Around (SubPop):  From Record Store Day 2013, I missed this single, but I found it on RSD 2014 in the back of the singles bin—aha! The A side is by Tom Petty (which I can take or leave), but the gem is Jonathan Meiburg’s A Wake For The Minotaur—it’s just plain stunning. This live version features vocalist Jesca Hoop.

Songs: Ohia – Journey On Collected Singles (Secretly Canadian):  Not much I can say about the tragic loss of Jason Molina that hasn’t already been written. Thank goodness we have Molina’s musical legacy, including his last band Magnolia Electric Company—great songs and music and many of subjects of Molina’s songs turned out to be prophetic. Long before he died, his last label Secretly Canadian was discussing releasing a boxed set of the early singles of Songs: Ohia, many of them quite rare and long out of print. Unfortunately Jason didn’t live to see it. It’s a beautiful blue cloth wrapped boxed set of nine 7” singles with a separate book of the original artwork and song histories and a CD compilation of all the singles. These were available on Record Store Day 2014 and they disappeared quickly…I was very fortunate to find a copy. Here’s a video on the set. If you can find one, buy it, you won’t regret it. 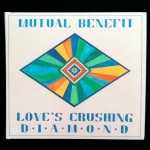 Mutual Benefit – Love’s Crushing Diamond (Other Music Recording Co.):  Bob Boilen from NPR’s All Songs Considered got me to this album. Part folk, part psychedelic and reminds me a bit of a softer Grizzly Bear (the band) at times.

Ben Watt – Hendra (Caroline – Unmade Road):  I’ve been a fan of Everything But The Girl (ETBG) since their early days and then Tracey Thorn and Ben Watt put that project on an indefinite hold while they pursued other musical endeavors and had a family. Tracey has released a number of excellent solo albums and this is Ben’s first solo album—very introspective. My favorite song is The Levels and David Gilmour plays slide guitar. This is a live version:

Lee Gobbi – Purple Prose (www.leegobbi.com):  Lee is a fan of Progressive Rock music and the influences are clear on his self-produced debut album of mostly original songs with guest appearances by alums of the original 1970s and 80s Steve Hackett band. There are strong shades of The Beatles, ELO and the vibe of George Harrison’s work in this album. There are a couple of covers, a Stu Nunnery tune Madelaine (remember Stu Nunnery from the early 1970s?!) and a haunting version of Nick Drake’s Parasite. A brilliant first album, and I hear that there is a second album in the works—stay tuned. I’ll post some sound samples when they are available.

John Pizzarelli – Double Exposure (Telarc):  This album from 2012 is of song interpretations and some pairings by Jazz guitarist (and son of Bucky Pizzarelli) and Popular song-man. The album is largely covers, with an original by Pizzarelli and his wife Jessica Molaskey Take A Lot Of Pictures (picking up where Michael Franks left off with his song Popsicle Toes). My favorite is the soulful Neil Young song Harvest Moon.

Elaine Radigue – Trilogie de la Mort (Experimental Intermedia):  When I reviewing Nicholas Szczepanik’s latest album Not Knowing, I noticed the dedication to French composer and electronic music pioneer Elaine Radigue (born 1932) and I was reminded of this 3 CD trilogy that was composed as a tribute to her son upon his death. It’s very minimal with gradual layers in parts and intense at others. Like most of her other work it was composed on an Arp 2500 modular synthesizer. Since 2001 she has composed on and for primarily acoustic instruments.

Superchunk – I Hate Music (Merge Records):  This is the band that started Merge Records (http://www.mergerecords.com/i-hate-music) and if you have a chance read their book Our Noise – The Story of Merge Records. I heard FOH (stands for Front of House) just before the album was released and ordered it instantly (and then waited, since it was a preorder). Be careful, it’s raucous!

Tomotsugu Nakamura – Soundium (Kaico):  I have Tench and Words On Music label’s Marc Ostermeier to thank for getting me to Nakamura’s work. He is a sound artist from Tokyo and Soundium is an album of microtones, springy and glitchy rhythms and fractional sound samples. The sounds and instrumentation are so pure—this is a great album and delightfully quirky at times.  http://naturebliss.bandcamp.com/album/soundium

Lateral reference: Soundium reminds me of the absolutely enchanting album In Light by 12k label’s Small Color (and I think that everyone should buy this album): http://www.12k.com/index.php/site/releases/in_light/

Federico Durand – El estanque esmeralda (Spekk):  I find this album to be Durand’s most melodic work so far. Many of his previous albums and collaborations focus on longer form field recordings combined with bells, wind chimes and other instrumentation. This album concentrates on childhood memories of places and times, presented in delightfully concise pieces . The three latest Spekk label releases are in the larger format CD sleeves and they are a welcomed change from small digipacks, jewel boxes or (worse yet) plain sleeves. The music AND the art matters.  http://www.spekk.net/catalog/esmeralda.html 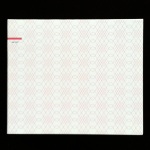 Celer – Zigzag (Spekk):  Will Long AKA Celer is well known for his extensive ambient works and soundtracks. This is a more rhythmic (albeit subtle) electronic work. Have a listen:  http://www.spekk.net/artists/celer.html 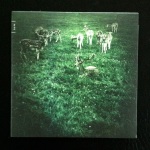 Melodia – Saudades (Kaico):  Melodia is a collaboration of Federico Durand and Tomoyoshi Date. I missed the original LP on the Own Records label, so I was quite pleased that Kaico released a CD version. More here: http://kaicojapan.tumblr.com/

Opitope – Hau (Spekk):  This is the first album by Tomoyoshi Date and Chihei Hatakeyama. Micro-tones, found sounds, ambient and field recordings along with instrumental (acoustic and electronic) improvisation make up Hau. The album is charmingly subtle at times and crystalline at others. The pieces are observations and explorations of places and experiences.  http://www.spekk.net/artists/opitope.html 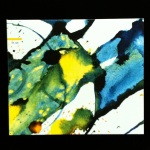 Opitope – Physis (Spekk):  This is the latest CD from Opitope. The pieces are longer form than on Hau and curiously feel more like minimalist Jazz, at times. The instrumentation is more direct (recognizable), yet the environmental and visual influences are still present.

William Tyler – Lost Colony 12” 45 RPM EP (Merge Records):  Unlike Tyler’s recent (and fabulous) album Impossible Truth, which is a solo guitar album, this EP is a band release and Tyler reinterprets the track We Can’t Go Home, covers Michael Rother’s Karussel and the entirety of Side A is devoted to Whole New Dude. Dude is a ramble with a meandering opening (with excellent pedal steel by Luke Schneider) and then sets off on a driving rhythm (drums, guitar, pedal steel and bass) for the duration. It’s a traveling song, heading out “there” to explore, and Tyler lets it rip towards the end.  http://www.mergerecords.com/lost-colony

Orcas – Yearling (Morr Music):  Orcas are Benoit Pioulard (another guise of Tom Meluch) and Rafael Anton Irisarri. This is the follow-up to their first eponymous collaboration in 2012. Yearling is part environmental instrumentals and part songs. The opening instrumental track Petrichor reminds me of Brian Eno’s The Spider and I from the 1977 album Before and After Science. I complained about the tone and mastering of BP’s most recent album, but this album sounds MUCH better. The songs are lush with vocals and harmonies by Pioulard—really nice music with oft-catchy refrains.