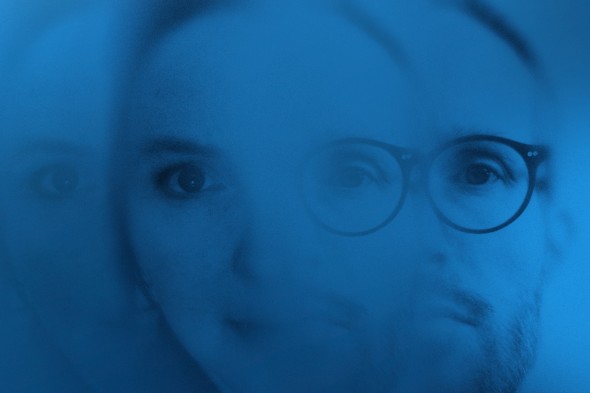 1) Laaxum 2) Dancing On The Pier, Discovering The Sea 3) Hectanred 4) The Spirit of Morning Light 5) Raise Up 6) Meeting At Stonerow 7) Silence Is Black 8) Sacred Place 9) Wintering 10) Lay Myself Down

It’s been almost five years since we’ve heard from Gert Boersma of Silmus, but in the contemplative realm, seeking inspiration and summoning creativity can be an unpredictable long-term pursuit, and so, our patience is now rewarded.

There is a certain degree of speculation in reviews like these, but I feel relatively confident that Laaksum is inspired by evoking and honoring memories of a place, and I perceive that they are generally fond and formative recollections.  The album is a sonic memoir of sorts, a solitary contemplation, and it delicately hovers between reverence and melancholy, but it is bereft of sentimentality.

Laaksum, the place, where I have never been, is on the shore of a remote inland bay in the province of Friesland, in north of the Netherlands, and is well-protected, apparently peaceful and a place where time might seemingly stand still.  Memories are an inner form of time travel, and can return with seeing or holding an object, smelling a fragrance or hearing a sound—and any one can evoke all the others.  I’m guessing, judging by the cover illustration that it starts with the appearance of a feather, and then what returns are the memories of the time spent at the jetty, the stand of trees, seeing flocks of seabirds, all of which are depicted in photographs and are the inspiration for the artwork within the tri-fold sleeve and booklet of the CD, envisioned with minimal embellishment by Daniel Thomassen.

Laaksum, the album, is mostly delicate, warm and peaceful.  It’s impeccably recorded with a clarity and crispness of a clear noon sky in Spring—an auditory purity that is not overly precious.  The instrumentation is widely varied, mostly acoustic, woody, but when it’s lush, it’s not self-indulgent.  Boersma has taken great care in conveying his perception of that place from another time.  It is a welcome and contemplative meditation in our current rather thoughtless and unsettled period in our collective history, an escape.

Laaxum, the track, seems to be symbolic of the catalyst where the memories return, but it is apparent that there are no storms here; mostly calm waters as those appearing in Dancing On The Pier, Discovering The Sea.  The melodies in Hectanred are teased and appear as short tonal mantras—caught and then released, fleeting as a daydream lost in the ether.   There are momentary diversions of perceived mystery or tension, as in Meeting At Stonerow or the ancient sounding Silence Is Black with occasional microtonal notes and dissonant chords, but overall the comfort and warmth prevail.  The Spirit Of Morning Light has perhaps the most tangible clarity, as the rising sun reveals the sights and colors of the day.

As the seasons change, Wintering has both the layered vocal chill of the outside, but the comfort of a warm stringed suite on the inside.  The epilogue, Lay Myself Down is perhaps an overall reflection, where the flood of the many years past is at first unclear and drifting, until a calm and clear melody gently presses through, where the memories from long ago become sorted and clarified, and where they can be forever held and retold. 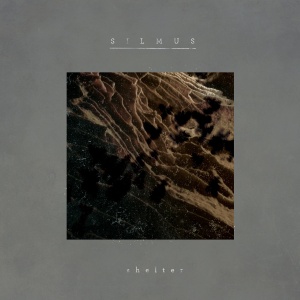 The word shelter has different connotations, and I recall an assignment in my early design studio days exploring that word in terms of space, light and structure. I think the new Silmus album is perhaps less about spaces or places, rather being more about people and seeking or finding the comfort and shelter of a person, friends or within a family. It’s the soft comforting embrace of a loved one—the holding on or the letting go, the giving or receiving shelter in or from a given situation.

Shelter is presented within a soothing yet relatively controlled dynamic range and shorter form instrumentals are more dominant on this album compared to Boersma’s last. There are moments when rhythms appear and a direction is established (as in the initially stark then hopeful Leaving Darkness or the firm acoustic presence of Remembrance). At other times the music peregrinates for a time and suddenly expands into a broad sound-scape (as in the stark moodiness of Bare, punctuated with electric guitar that emerges from the cover of an acoustic steel guitar).  Some pieces are like brief visions of a mood or an experience, but others are self-contained and complete. Each track has a foundation, whether it starts with acoustic or electric guitar or piano, and gradually layers and responses are built to establish the atmosphere. It does seem that the album, taken in its entirety, represents a full cycle of feelings or reactions to a particular set of circumstances.

The CD opens with the meditation Deeply Beloved with repeated phrasings offering a gentle mantra of stability. Set In Stone has a clear voice of electric guitar, which is ever so gently treated with a phased chorus effect. You Are Tenderness opens with restrained orchestral strings and then a gently voiced piano, which is enhanced with light electric guitar.

The title track Shelter expresses the intent of its title—it starts delicately then the melody and harmonies are held firmly and uplifted within a secure bass line. In You Have The Words And I Listen the piano is treated as a voice. An enmeshed drone opens until the voice appears, then a conversation begins. The voice remains steadfast throughout the responses and delivers a message. A reflective piano opens Sadness Covers Me and is later coupled with a softly bowed electric guitar. The album closes with the steady hopefulness of Follow Me.

For those seeking a point of reference, I place this album within the gentler versions of Robin Guthrie’s solo work or perhaps the more contemplative instrumentals by Cocteau Twins. There is indeed a sense of warmth and comfort in this album, and it’s a pleasant place to be.

Some observed rituals are ancient and have roots in far away and nearly forgotten times, and various natural orders remain mysterious until the moment when one is firmly planted within the experience—there is no book to be read (although advice might be given) yet somehow deeply planted instincts guide…trusting that it will all turn out as we hope.  There may be unexpected turns, but that is part of the adventure…the journey through life.  If I have my history correct, Ostara is a pagan goddess of fertility and referred to centuries ago during the annual Festival of Easter—rebirth, the cycle of life and in some languages ostara also translates as “loop”.

Released in late 2012, this debut album (which is beautifully recorded, mastered and illustrated) contains often dream-like vignettes displaying tenderness and crystalline musicality that guide the narrative without any self-absorbed sentimentality—themes are developed, explored and nimbly resolved.  There is an enchanting innocence as the sounds coalesce with ethereal movements in the electric and acoustic instrumentation and occasional subtle voices.  This album is curious in that it allows moments of deep and absorbing reflection, yet one is not cast into the depths to awaken in a chilled haze (despite the album artwork); instead the feeling is the presence of warmth and refreshing clarity after the music has gently departed.

A few have placed Silmus’ work in the canon of some well-known ambient artists, but I think his work is more engaging, closer to some instrumental works of Anthony Phillips, selections from albums like New England and Dragonfly Dreams.  My favorite track on the album is the nearly-mystical Mono No Aware.

Let’s hope for more from Silmus.