Auditioning long form musical works take time and with the many modern distractions it’s often difficult to dedicate an extended period to focused listening, but for Not Knowing I think you’ll want to make the time (especially if you are familiar with Nicholas Szczepanik’s previous work such as Please Stop Loving Me).  In fact, if one is in the right frame of mind (like in a state of meditation, self-hypnosis or deep relaxation) the sense of time is often compressed, and one wonders ultimately where the time has gone.

This piece was originally available in a shorter version on the limited 12 part release CD3 series Ante Algo Azul from 2011, and it was a favorite of mine back then.  So, I was delighted to hear that an extended version would be released by Desire Path Recordings as part of their new Tangent series.

I liken Not Knowing, which is different in form and sound from PSLM, to a dream sequence in roughly four parts, although there are threads of sound that keep the piece connected throughout.  The first 12 minutes or so is a deeply pulsed and hypnotic mediation that brings one to where memories and dreams might become lucid, but still out of tangible reach.  It’s at this point where an imagined orchestra appears from the ether and it flows.  Is it a literal sample of another piece or is it combined with electronics?  It appears like unresolved memories in a dream.  I can hear chords of Elgar…wait, then Dvorak…but wait, there’s the flow of Debussy, a sleight of hand used by other composers, hiding themes from elsewhere, leaving the brain to search for a source, and the sound is ethereal and uplifting (dare I say even heavenly for the non-believers?).

Then the music and perceived vision seems to drift out of reach and almost dissolves.  At the point in a dream when one loses touch, but wants to return to the visions, and then the melodies and harmonies arrive again, but in a shrouded form with layers of choral vocals.  And within this new realm the piece moves into a less recognizable and deeper unknown territory before gently returning to the original sonic thread, albeit in an altered and transitional chordal-tone state and ultimately the arrival back into the warmth of the visceral pulses.

Although quite different in presentation and instrumentation, I compare the journey in this album to that of some other favorites of mine like Vangelis Papathanasiou’s Rêve from the album Opéra Sauvage and Tangerine Dream’s Desert Dream from their double live album Encore.  The development and sound architecture of the piece is clearly influenced by the works of French electronic composer Éliane Radigue, to whom Szczepanik dedicates the album.

There’s so much great music out there, I just can’t get to it all (let alone afford to add it to my collection!).  And so, another installment of a brief overview of the best of what’s playing here.  Since the temperature has moderated with the season, I’ve been able to fire-up the tube amplifiers again. 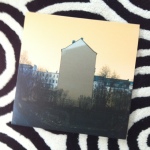 Simon Bainton and Alex Smalley return after their most recent album Forms.  Sky Margin is a series of mystical “flights”, with some tracks grouped (Vapour-Distance-Trails, Celestial, Balance-Topography, Solstice-Utopian).  Whereas Smalley’s work as Olan Mill tends more towards the melodically and harmonically directional, Pausal’s compositions are of the “out there.”  The music flows as from drifting gossamers with ethereal layers of instruments and field recordings. 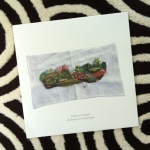 I live in an area where the sound of the night is anything but silent, but it’s not the sound of a city or machines, it’s the sounds of fauna (small mammals, birds and insects).  So, I have to admit that when I first cued Durand’s new album I had to look and see if I had left a window open.

I have missed-out on some of Federico’s recent albums (like El éxtasis de las flores pequeñas and Saudades by Durand and Tomoyoshi Date AKA Melodia), but I really enjoyed his collaboration with Nicholas Szczepanik (as Every Hidden Color), Luz on the Streamline Label.  El idioma is a blend of the outdoors, pastoral chimes, sensually treated piano, gentle guitars and many other instruments—a subtle and restful tapestry of sound.  Tracks like El espejo de mil años are in good company with Harold Budd and Brian Eno—peaceful, on the edge of a dream.  There is also a familiar melody (to my ears) in the title track.

After Barwick’s last album, The Magic Place on Asthmatic Kitty, I was curious to see if she could take her music to other places—without seeming like a repetitive formula of her last album…and on Nepenthe she has.  This time her inspiration is taken from a new sense of place, the stark and raw beauty of Iceland, in conjunction with producer Alex Somers (Sigur Ros and Jónsi associated).  The album has a sense of searching and loneliness, and Barwick’s voices are combined with rhythms and melodies, more so compared to her last album.

Late in 2010 Commagere released her album The Procession on Manimal Records—a diverse combination of songs with dense and gorgeous vocals instrumentation—part art-rock, progressive and electronica.  Commagere has returned with another beautifully recorded album of lush songs with her strong vocals and support from husband Joachim Cooder, Ben Messelbeck, Amir Yaghmai, Ry Cooder and recorded by Mark Rains and Martin Pradler.  The sound is deep, full, inventive and often fantastical—she is doing her own thing, and I love it (catchy melodies and all).  There are times when she channels Elizabeth Fraser as on Low. 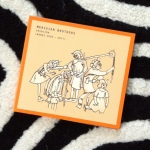 I have NPR’s program Alt Latino for getting me to the delightfully quirky Meridian Brothers.  I characterize their work as part Equivel, part Joe Meek and part Raymond Scott.  Just go along for the ride, it’s like nothing you’ve ever heard.  Devoción is a collection of earlier recordings and Desesperanza is their latest album. 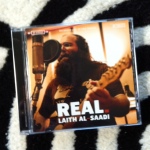 I first saw Laith and his trio perform live at an audio festival in northern Michigan a few years ago, and then saw him again a couple of years later.  He is an artist who puts his heart and soul into his music, mostly Blues (as does the rest of his band).  For this extended EP (six tracks with two alternate takes) producer Jeffrey Weber assembled Al-Saadi’s dream-band (Jim Keltner, Lee Sklar, Larry Goldings, Jimmy Vivino, Tom Scott, Lee Thronburg, Nick Lane, Brandon Fields and others) and recorded this album of original compositions (except for Robbie Robertson’s Ophelia) live to two track with no overdubs, treatments, mixing, editing, limiting, or compression.  Have a listen to the samples—great music, solid.