twincities – variations for the celesta 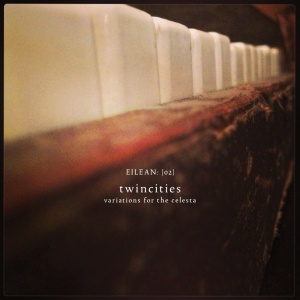 Tracks: 1) Prelude in E Major, 2) Evenings Wait; The Morning’s Break, 3) Early Ferns, 4) The Sun Looks Quite Ghostly When There’s A Mist On The River And Everything’s Quiet, 5) Faint Whirs Of The Smallest Motor, 6) They Carried Teapots And Tiny Gas Canisters, 7) A Ship’s Bell (Sings), 8) The Weight Of The Frost On A Branch, 9) And The Guitar Plays War Hymns, 10) (Sings)

Long ago I found myself curiously attracted to an old celesta (celeste) in the back corner of my high school band room. I’d plug it in when I was sure that no one was around and adjust the controls and the small piano-like instrument made pleasantly sonorous yet mysterious sounds: belltones with alluring sustains and tremolos…

Eilean Records is a new French-based label run by Mathias Van Eecloo and twincities – variations for the celesta is the label’s first release (although ironically labeled [02]). Long Islander (New York) Fletcher McDermott creates music in his basement studio in the guise of twincities (funny, when I think of “Twin Cities” I think of Minneapolis/St Paul, Minnesota). 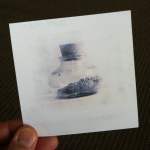 Eilean is Scottish Gaelic for Island and the label’s works will each relate to a point on an imaginary map with up to one hundred predetermined locations. Coincidentally, McDermott lives on an island (albeit a rather large island). Eilean releases will vary in quantities from 75 to 200 physical copies and there will be up to 100 releases with hand made covers and related artwork in this map series. Connections to the place where the music is created will be memorialized with an image of a small bottle containing the soil from the musician’s locale. On the reverse of the image with be the map quadrant assigned to the musician. Each release will be a part of the puzzle of the overall map…the music connected to the artist, a point on the map and a small vial of soil. In effect, an imaginary hybrid island with a small yet tangible existence. Islands of the imagination, islands of the mind, perhaps even islands of isolation. Have any of you ever read the short story The Man Who Loved Islands by D. H. Lawrence?

I’ve noted before that I’ve listened to shortwave and ham radio operators for decades and in some respects this album is like roaming the radio dial late into the night on an old analog shortwave set using the fine-tuning knob. The music is like traveling and it takes the listener to different places. The feeling of being taken on a tour through a shortwave realm isn’t literal like in Kraftwerk’s song Radioland (from their 1975 album Radioactivity), rather it’s more subtle in the background and doesn’t distract from the aura created by the music and other sounds. The album at times also evokes Godley and Creme’s song Get Well Soon from the 1979 album Freeze Frame (waxing rhapsodically about Radio Luxembourg and Radio Caroline late into the night), although that song is more melodic.  The celesta isn’t the dominant sound generator in this album, but each piece has a strong thread weaving throughout along with other well-disguised instrumentation, found or ambient sounds and faint voices. Rather than repeat the track names, I’ll just reference the track number in my overview:

1) variations opens with rapid-fire automated Morse code, soothed with slow comforting celesta responses. 2) The celesta is transformed into restful wind chimes with long passages of deep resonant tones and distant faint melodies. There are some comparisons to the recent works of Kane Ikin’s otherworldly explorations (seek out his recent 12k label releases). 3) Is like hanging on the edge of a dream while awakening in the misty early morning light—the calm and the quietude. The celesta treatment is like it could be from portions of the soundtrack to Forbidden Planet—rather mysterious, almost ominous.

4-7) This collection of tracks seems like a suite, at first sonorous, gentle and deep tones and mysterious atmospheres (in time, a slower Morse code reappears), transitioning into an edgier realm (6) and finishing in a gritty drift across the radio dial, sharper sounds with kalimba-like percussives. 8) Sways gently and is the most peaceful track on the album. It evokes some of the feeling of Robert Rich’s recent album Nest. 9) This piece is a broad soundscape (in some respects like those created by the band Lambchop as links between songs…William Tyler’s moody electric guitar drones). The celesta is treated like chimes sounding like church bells, in memoriam. 10) A gritty close, like the beginning, and the distant music returns one last time from a far away island. 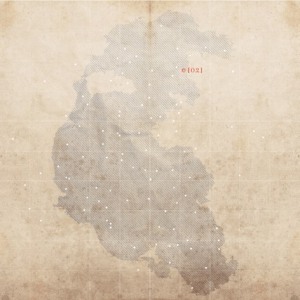 Eilean Records is off to a fine start with twincities variation for the celesta. Visit their website soon for the next planned destination which will be released on 5/5/14 and monthly thereafter. 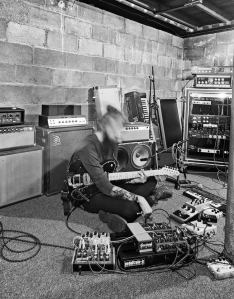