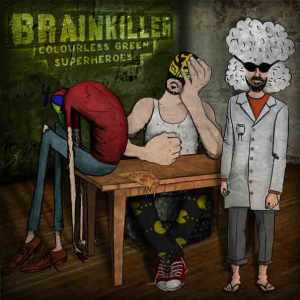 Wit and subtlety are often hard to find in much of what passes for music today.  Then there’s music that takes itself so seriously that it might collapse under the weight of its own ponderous self-importance.  Music isn’t always about the sound, it’s sometimes about the spaces and the silence—it doesn’t necessarily have to be a full-frontal assault on the senses.

A few years ago Brainkiller released their first album The Infiltration on RareNoiseRecords (#RNR010).  Initially, this album caught my attention because it was a trio with a trombone, their music sounded playful and quirky, and it had some roots in other artists whose work I admired (Frank Zappa, King Crimson, Brand X, Godley-Creme, Weather Report, Return To Forever).  Here’s a sample track, Casketch from their first album:

Colourless Green Superheroes is a series vignettes (some atmospheric like Empty Words, and some funky) exploring melodic, rhythmic and at time ethereal motifs and the tracks don’t rest long on a given theme before shifting direction.  In a way, this album is a soundtrack in search of a film.  There is also a restful ease throughout the album (making it perfect for a languid summer day or when the night is young), but there are moments when cool breezes blow and there is a jaunty awakening, as in Scribble.  The spirited Fender Rhodes opening phrases take me back to Brand X’s Disco Suicide*.  There is, however, an unexpectedly laid-back funky response from trombone and percussion, a bit like The Tortoise and the Hare—as if the Tortoise retorts, “Chill, I’ll get there…”

The themes introduced in the anthemic opening track The Vindicator Returns are explored further in Top Of The World, at first on a solo piano before the full trio plays off the rhythms and melodies.  As in their first album, there are moments of recorded studio banter or live voices, which add a sense of spontaneity—also evident in the veiled conversations during the furtive Orange Grey Shades (my favorite track on the album).  One can make up their own story to accompany the music.

There are times when the album is more contemplative as in A Piedi Verso Il Sole, a reflective lament of sorts.  Yet the album shifts (before the vibe gets too heavy) to more raucous themes in Plates.  The mood lightens further with Noodlin—a spirited piano solo (think a leisurely evening at a night club…at first), before moving to lighthearted voices (steering the improvisation), muted trombone solos and ultimately a vigorous trio romp.  The upbeat repartee continues with the march-like Labratorio and perhaps the most vigorous track on the album Secret Mission (like a chase scene from one of the Bourne films)—see the video below for an excerpt.

Earlier themes are again revisited in the closing tracks of the album Otaku Goes To a Rave (my other favorite track on the album) mixing in some Scribble[s] and polyrhythms from the drums and piano.  There’s an interesting combination of 1970s-era electric piano work combined with energetic phrasings similar to what the band Zammuto (ex-The Books) is working on these days.  The album closes with the peculiar and brief Viv—a prepared piano musing, followed by To Be Continued, a reflective and somewhat subdued “roll credits” piece.

This album functions well as both incidental music or for straight-on listening and as soon as it ends I wonder where the time has gone…and so, REPLAY! 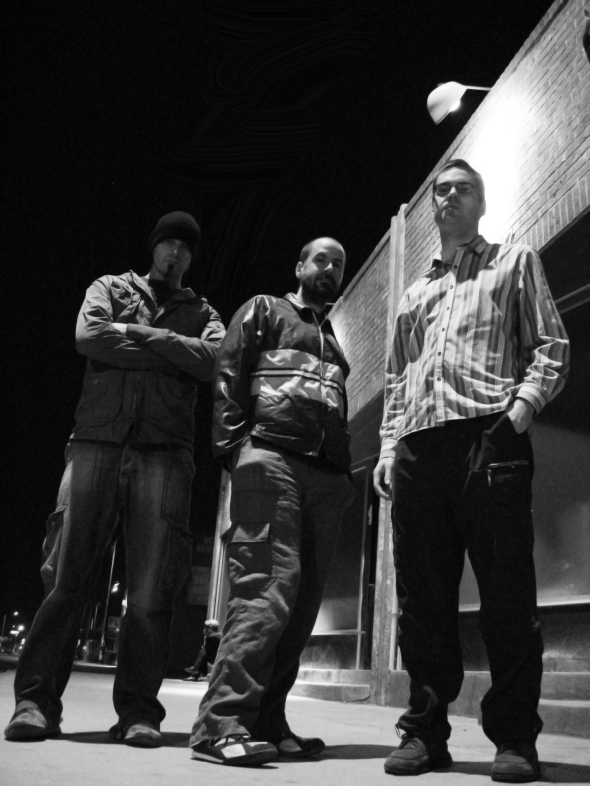 Photo of Brainkiller Courtesy of RareNoiseRecords

* – For those curious about Disco Suicide by Brand X: http://www.youtube.com/watch?v=FdAPEEW-OUA