I need some warmth on these cold winter days…

I love Ron’s work (another thoughtful Canadian songwriter—imagine that?!).  He writes such great songs.  My problem with his work, at times, is that sometimes his songs are just too sad, but Ron has a gift for making a sad song curiously uplifting, like Michael and His Dad from his last album Long Player Late Bloomer.  I started listening to Ron’s work in 1997 with his third album Other Songs (produced by Mitchell Froom and Tchad Blake—coincidentally Froom produced Suzanne Vega’s Nine Objects of Desire the previous year, another favorite album of mine).  Forever Endeavour is sparsely arranged, but strings, horn, percussion, pedal steel or electric bass are right there when they’re needed.  Other than that, the songs are Ron’s voice, and his acoustic guitar.  He has a gift for wordplay and expressing emotions with a deft efficiency that flow so naturally with his melodies.  Some songs on Forever Endeavour are ironically upbeat, like Nowhere Is and Snake Road—in a sense, keeping the faith.

The CD has two bonus tracks (songs written with Don Black and recorded by Don Kerr), Life After A Broken Heart and Autumn Light, and they are just plain gorgeous additions to this album. 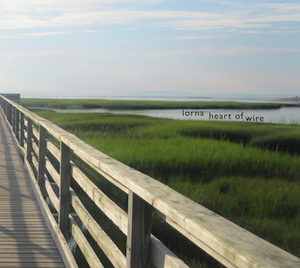 This is Lorna’s third album on the Words On Music label.  The collective from Nottingham, UK creates dreamy contemplative songs with shy vocals and delicate harmonies.  I’ve read of some comparisons to Yo La Tenga, but Lorna’s instrumentation tends to be more complex, and chamber-like at times.  I think that this is their most direct album of the three for Words On Music—their sound is more confident, but they haven’t lost the softness and (at times) melancholy of their lyrics.  I think the strongest songs on this collection are As She Goes By, Old Shanklin Sunset and Mina and Marco (with a delightful melodic phrase sample borrowed from composer Edward Elgar).

A woman after my own heart—part record store owner, part musician; for many years, Daphne has been part of the New London, Connecticut-based band Raise The Rent.  Moxie is the first of two releases (the forthcoming being Frost), and is a sultry collection of songs of the (only mildly) lurid backstreets of her imagination (with the added bonus of occasional Mellotron accompaniment!).  There are shades of the cheekiness of the Squirrel Nut Zippers and the “heat” of mid-1970s Maria Muldaur in this well-produced album.  I have an idea for what to expect from Frost—counterpoint! 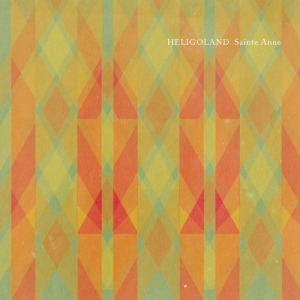 Sainte Anne is the latest EP from the Paris-based Australian quartet known as Heligoland.  Their work in the last few releases has come under the wispy spell of producer and musician Robin Guthrie (who also plays occasional keyboards and bass), so it was only natural that I try their work.  My favorite tracks on this EP are Sleepless and 22 Miles—peaceful ethereal guitar and bass balanced with gently pulsing drums and Karen Vogt’s warm and full vocals (channeling, at times, the sound of Christine McVie with a bit of vibrato).  Other band members are Dave Olliffe (guitars and keyboards), Steve Wheeler (bass) and new member Antti Mäkinen (drums and percussion).  Their previous albums and EPs include: Bethmale (recorded in 2010 and released in 2012), All Your Ships Are White (2010) and A Street Between Us (2006).

Corazón from their album All Your Ships Are White

And even more wonderfully creative releases from the Flau label in Japan…  I can’t possibly buy them all, so one must be…somewhat…selective.

I have thoroughly enjoyed the various releases by The Boats (Craig Tattersall and Andrew Hargreaves with Danny Norbury, Chris Stewart and others).  Our Small Ideas is a re-release and enhancement of an original 2008 CD-R.  Contained in this work are the often quirky and sometimes fragile and nascent threads of pieces to be released later (and some are quite recognizable).  This album is not unlike the approach of CD #1 of Tape Loop Orchestra’s The Words On My Lips Is Your Name/The Burnley Brass Band Plays On In My Heart.

Sound samples are here (since The Boats seem to eschew Soundcloud): http://www.flau.jp/releases/r09.html 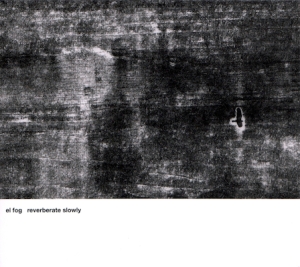 This is a solo project of Berlin-based vibraphonist Masayoshi Fujita, a light blend of acoustic instrumentation with a tranquil late night aura of electronics and subtlest of glitchy rhythms.

Stories is an album of solo acoustic vibraphone works (with occasional violin and cello).  Whether struck gently (as in Snow Storm) or bowed (as in Cloud), Fujita paints vivid, yet tender sound pictures.  Some pieces are rhythmically playful, and could form the foundations for musical conversations (much like those between Bill Bruford and Michiel Borstlap on their album Every Step A Dance, Every Word A Song).  This is an appropriate soundtrack for gently falling snow.  The album is beautifully mastered by Nils Frahm. 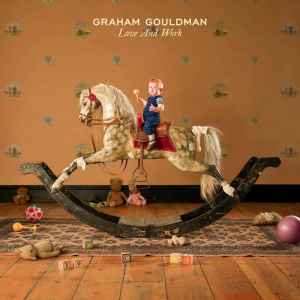 Graham Gouldman has been writing songs since the days of The Yardbirds (For Your Love), and many others like Wayne Fontana and the Mindbenders, before formally crossing paths with Eric Stewart, Lol Creme and Kevin Godley (Hotlegs) who later became 10cc with a long string of albums with sharp, witty and often sardonic songs.  Love And Work is an album of twelve beautifully crafted and wide-ranging songs.

The album dedicated to the memory of Andrew Gold, and the song Daylight is about Andrew.  They worked together as the duo Wax and earlier on some of 10cc’s later albums.