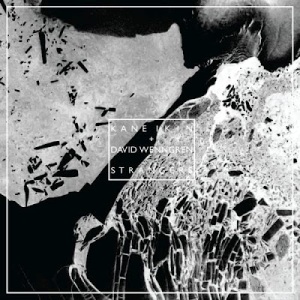 *This posting has been updated upon further listening*

This is the first joint work created by Kane Ikin (one half of Solo Andata) and David Wenngren (Library Tapes).  I have read that “Strangers” Ikin and Wenngren did not meet during the recording and that the structure and overall sonic feel of the album was not planned.  This and other similar works mark a continuing re-emergence of instrumental music by a new generation of creative and technically inclined musicians that craft layered sound atmospheres (often referred to as “electro-acoustic minimalism”), yet the music is engaging and stimulating.

I have been an avid listener and collector of synthetic electronic music since the early 1970s, yet there is something to be admired about the production of fine instrumental music with an ambience and mystery of electronics, being created with cleverly disguised analog instruments (acoustic or amplified) as well as found, ambient, looped or processed sounds.

Historical context: While they abandoned their early legacy when they issued their boxed set “The Catalogue” in late 2009, Kraftwerk’s work started with a similar experimental spirit to “Strangers”, based on analog instrumental drones of guitars, flutes and rhythms of found percussion on pieces like “Kling Klang” from the 1972 album “Kraftwerk 2”.

Same with early works by Tangerine Dream and others, before they switched to early sequencers and then hefty modular synthesizers, like the Moog (or later more portable and somewhat less reliable EMS VCS3) as well as tape-based samplers like the Mellotron or Chamberlin.  Early works by Evangelo Papathanasiou (Vangelis) were mostly created with organ, clavinet, woodwinds, piano and percussion processed with reverb, delay and other effects, as in “Creation du Monde” from the 1972 soundtrack to “L’Apocalypse des Animaux” by long time collaborator and filmmaker Frederic Rossif.

In “Strangers”, there is meandering warmth to the album, a peaceful sense of comfort and meditation with a tangible awareness of humanity and nature (an absence of the synthetic).  Layers of guitar, bass, piano (deep soundboard), percussion (low register bells and gongs) and strings appear throughout.  From the collaborators there is a joint sense of discovery and response as each layered track progresses.  This method of joint remote authorship is risky, yet very intriguing and the results are quite successful.

The titles of each track do seem to symbolize the development of the sonic ideas.  “Swell” is akin to Ikin’s gorgeous recent work “Contrail” with apparent glissando drifts of guitar and layered keyboard peregrinations.  “Call” has the feel of time-shifted incantation with repeated musical phrases.  The intensity of the “call” increases as it progresses.  While there is a general feeling of the pastoral in this track, there are times where layered sounds mesh to a point of tension, later to be diffused to a calming resolution.  “Veil” starts with a repeated tonal beacon and gradually it diffuses into a suspended wash of winds, harmonics and tonal percussives.  “Chalk” is hypnotic and haunting with a sense of a distant faded memory returning.  “Drifter” contains repeated sampled phrases that establish a building tension as the fabric of the piece intensifies.  Washes of noise (almost like lashing waves in a storm) enter the piece until they subside (this piece, to me, does appear to be chopped a bit at the end).  “Strings + Interlude” builds slowly, and pulses as layers and sounds are introduced.  It has a feeling of darkness, yet it’s punctuated with sounds that introduce light and color into the soundscape.  Then the strings disappear and the interlude is a peaceful and mysterious aftermath–this piece, along with “Chalk” and “Swell” are the most cinematic.

This video using “Chalk” will give a sense of what I mean…rather unusual historic footage:

Gone are the soulless interfaces of MIDI and sequenced boxes of beat, and with “Strangers” we are presented with a thoughtful, visual and distinctive journey into an ethereal realm of musical authenticity. 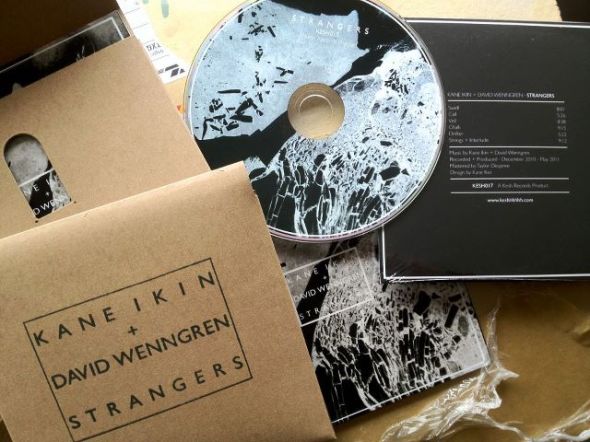